I must thank the lovely DP (Dramatis Persona) for the Liebster Blog Award.  And now to commence following the instructions with this award...

2. I'm a quasi-Directioner.  Meaning I like the boys and their music, but I cannot be a part of the fandom.  There are too many mean Directioners. (But there are some equally lovely ones!  If only there were more of you.)

3. I bit my nails for many years, and I'm just starting to break the habit.

4. I'm probably on the Internet way too much.

5. Being the crazy history geek I am, I want to take a history elective course over the summer.

6. For six years, I had only male cousins.

7. I tend to alienate any guy friends I make, unfortunately.  Don't know why.  I think it's usually we have a big disagreement over something. (So if you're a guy friend of mine, count your lucky stars that we still get along!)

8. My algebra teacher keeps telling me I need to take advanced math next year.  I think she's a bit crazy (but still awesome).

9. I love to randomly say "You guys should get married, have 10 kids, and teach them how to dream" to my friends.

2) Answer the 11 questions your tagger has given you.

1. If you could be teleported anywhere right now where would it be and why? To Taylor Swift's house so we could hang out and become besties.2. Who is your style icon and why? Audrey Hepburn-she's a classic-and Taylor Swift.  I think you all know why. [Oh, good gravy, are all of my answers going to involve Taylor???]3. If you could have any animal in your home what would it be and why? a horse. Because horses are awesome. (I never outgrew that horse-loving stage.)4. What book do you think has inspired you and why? Heather Vogel Frederick's The Mother-Daughter Book Club series. Sometime after reading it, I wrote my first viable fanfiction that could actually be a real book. If it wasn't fanfic.5. What was your most memorable meal so far? I have no clue.6. What one thing (solid or abstract) would improve your life and why? Something I've just made up-an invention that would make sure what I'm thinking in my head properly comes out through my mouth.  Because often I'll think one thing, and when I speak, my words get flip-flopped around or garbled or something.7. What personality trait do you most dislike in yourself? I have no patience.  Well, maybe some.  But very little.8. What is your favourite song and why? At the moment, it's "All Too Well" by Taylor Swift.  Any Swiftie would understand why.  It's beautiful, and magical, and wonderful.  I've never felt what Taylor describes in the song, but when I listen to it, I feel like I have.9. Can you cook? If so, what is the best meal you have cooked? Eh, a bit.  I usually bake.10. What word or phrase do you most overuse? 'like' and 'that's nice.'11. What has been your most memorable blogging moment so far? When Heather Vogel Frederick commented on my blog, of course!

3) Choose 11 fellow blogs to nominate.  Guess what?  You're all nominated!  So if you're reading this, go blog about this award. ;)

4) Think of 11 questions for those blogs to answer.

1. If you could only wear one pair of shoes for the rest of your life, what would they look like?

2. Do you consider yourself shy?

5. If you were a crayon, what color would you be and why?

6. You're stuck on a desert island.  What five items would you want to have with you? (A cell phone cannot be one of your options.)

7. You're still stuck on that desert island.  Which three people are you stuck on the island with?

8. What time period would you want to visit?

10. You have the choice of traveling to Paris or Japan.  Which would you choose?

5) Thank the person who nominated you, and link back to their blog.

Done in the first sentence.  Thanks again, Dramatis Persona!
Posted by Emma at 10:34 PM 8 comments:
Email ThisBlogThis!Share to TwitterShare to FacebookShare to Pinterest

As Blogger puts it, I can see my audience.  That is, the countries people are from or the countries they're accessing my blog in.

Since March is almost over, I thought I'd post the stats. :)

So here's a shout-out to those 10 countries, and thank you to everyone who has visited my blog!

(This week, I've had pageviews in the U.S., Germany, Russia, the U.K., Canada, Poland, Mexico, China, the United Arab Emirates, and Bulgaria, in case y'all were wondering.  Probably not.  And if you were wondering about today, Russia is #1, U.S. is #2, U.K. is #3, Mexico is #4, and the Philippines are #5.)
Posted by Emma at 7:16 PM 6 comments:
Email ThisBlogThis!Share to TwitterShare to FacebookShare to Pinterest

The Life of a Swiftie

Ladies and gentlemen, the princess of Swiftopia. 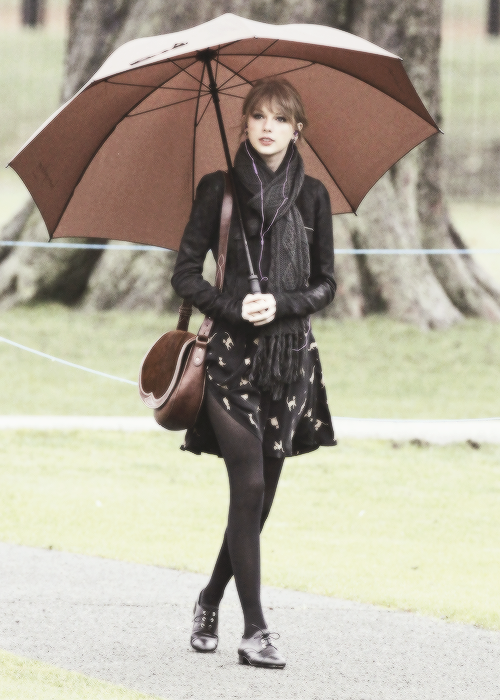 Isn't she gorgeous?  And her skirt, oh my word, it has cats on it.

Yeah, I live in a kingdom called Swiftopia.  Taylor is princess and if all was right in the world, Taylor Lautner or perhaps Adam Young would be prince of a neighboring kingdom.  And Taylor and Taylor (or Adam) would marry, have ten kids, and teach them how to dream ("Starlight" reference).

Anywho.  Our national animal is Meredith.  Our motto is "Be fearless enough to speak now because love is red," and it's a land full of cupcakes, music, and vintage clothing.  Oh yes, and Ed Sheeran visits often.

I'm not really obsessed with Taylor.  I'm just a Swiftie.
Posted by Emma at 3:31 PM 9 comments:
Email ThisBlogThis!Share to TwitterShare to FacebookShare to Pinterest

I have a stack on my nightstand, five books high (counting the one on the e-book library app on my iPad).  Then I have a mental list of books that I need to read in my head, and it's about twelve books long.  That's a bookworm's predicament-there's always so many books to read and reread, and not enough time to read them all!  Unless I want no sleep.  And sleep is important when one is a growing high school student whose homework must unfortunately come first.  So what's a girl to do?  I suppose I'm going to cut some less important things from my schedule so I can make more time for reading.  I remember when I was younger.  I was almost always reading.  Oh, how things have changed.

In case you're curious, here are the books in the stack and on the list. :)

The Merchant's Daughter by Melanie Dickerson
Wish You Were Eyre by Heather Vogel Frederick
I'd Tell You I Love You, But Then I'd Have to Kill You by Ally Carter
Twelfth Night by William Shakespeare
Mere Christianity by C.S. Lewis

The Fairest Beauty by Melanie Dickerson
On the Runway six-book series by Melody Carlson
Pride and Prejudice and Sense and Sensibility by Jane Austen
King Lear, The Tempest, and Taming of the Shrew by William Shakespeare

Not to mention I have 1984 (George Orwell) on request at the library... I have to read it for a scholarship contest.

But yes.  So much time and so few books to read.  Wait.  Strike that.  Reverse it.
Posted by Emma at 8:26 PM 10 comments:
Email ThisBlogThis!Share to TwitterShare to FacebookShare to Pinterest

I'm asking everyone to go watch Taylor's new video for her song, "22." :) Please?  It's fun, and it's back to the Taylor I adore.  Plus, she got to hang out with her RL friends to shoot the video.  How cool is that?  I love everything from the scenes in Taylor's actual kitchen to the beach to the cat stuff.

http://youtu.be/AgFeZr5ptV8
Posted by Emma at 2:00 PM 2 comments:
Email ThisBlogThis!Share to TwitterShare to FacebookShare to Pinterest

My Day In 5 Words

"Mary, the cows are eating Pa!"

That was what happened in chapel (well, high school student body meeting), English class, lunch, and algebra class.
Posted by Emma at 4:55 PM 3 comments:
Email ThisBlogThis!Share to TwitterShare to FacebookShare to Pinterest 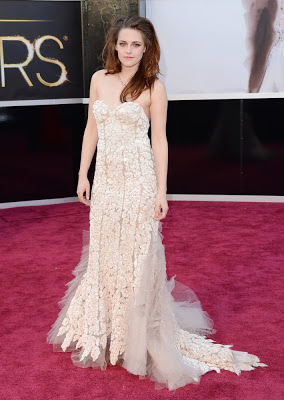 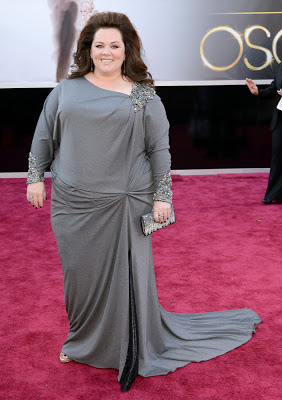 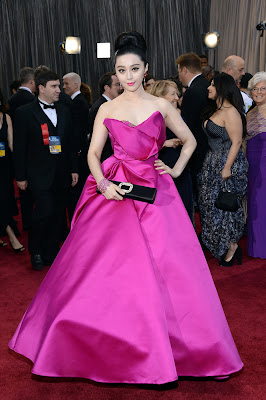 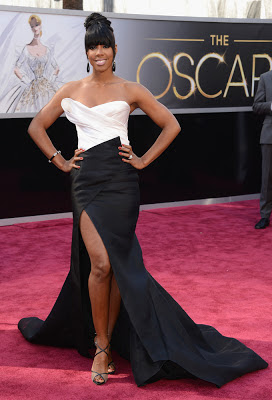 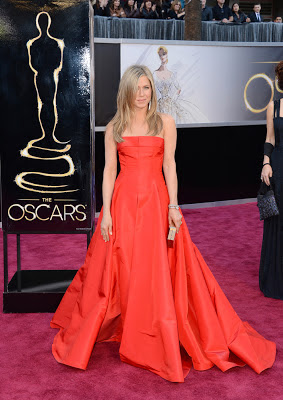 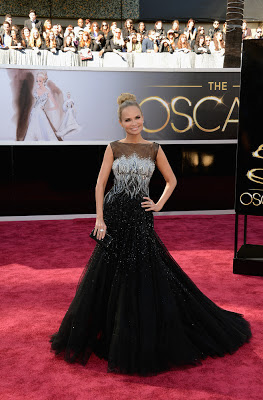 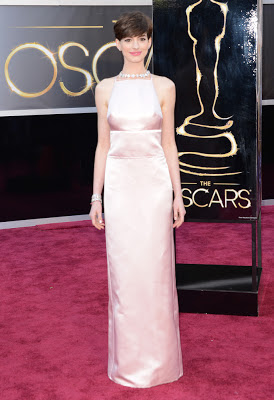 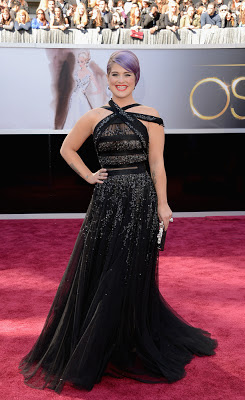 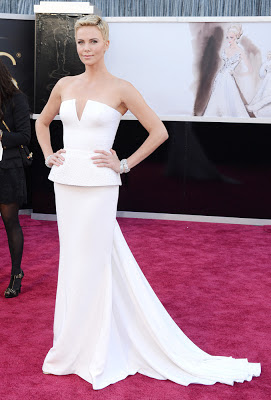 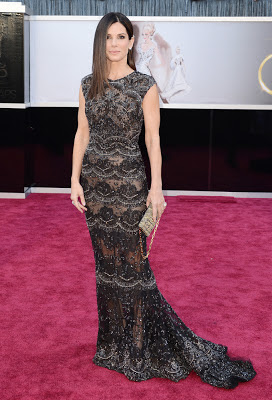 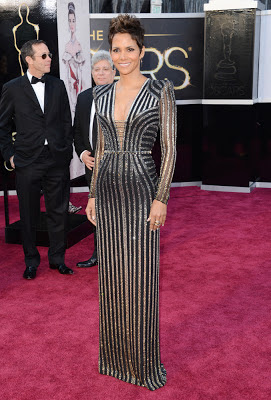 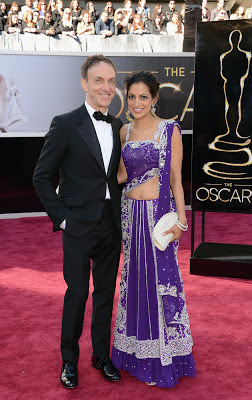 (Oh, and Jeremy Renner was at the Oscars in a Givenchy tux.  HAWKEYE NEEDS TO WEAR A TUX IN THE AVENGERS 2, BY DIRECT ORDER OF EMMA.)
Posted by Emma at 5:35 PM 12 comments:
Email ThisBlogThis!Share to TwitterShare to FacebookShare to Pinterest
Newer Posts Older Posts Home
Subscribe to: Posts (Atom)