Fun fact: it was February 2018 when I shadowed at Bloomsbury, which led to my internship here. :)

1. Spring 2020 pre-launch! Another solid list. Can't wait for more of these titles to be announced so I can talk about them.
2. Still trying to find a full-time job...

1. Went to Laura Sebastian's launch event at McNally Jackson for Lady Smoke. She made cinnamon coffee cookies with a honey glaze for us, which was such a fun treat. And I don't know if I've said this before, but it's so ridiculously great that I get to go to so many author events now. This was like my eighth, I think? 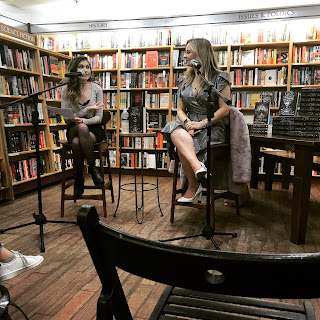 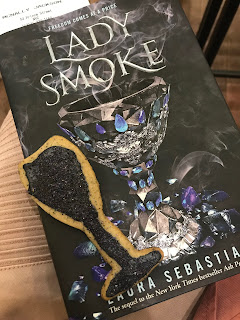 2. Then, a few weeks later, Lizzy Mason (Publicist Extraordinaire and Excellent Author) had her launch event at McNally Jackson. There were so many Bloomsbury and other publishing people there (I was literally sitting next to Elizabeth Eulberg!!), and it was such an excellent celebration of Lizzy. <3 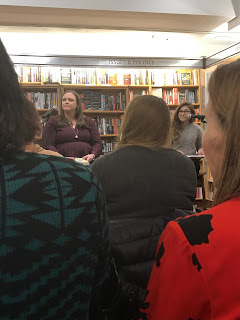 1. I bought macarons from the Macaron Cafe. I thought the price was pretty good (for New York and since the macarons were pretty big). And of course they tasted yummy.
2. A friend came over and helped me bake my favorite blueberry-peach pie, complete with a lattice crust. It was a bit messy (definitely wouldn't win any praise on Great British Bake Off), but it tasted pretty good and was a nice treat. 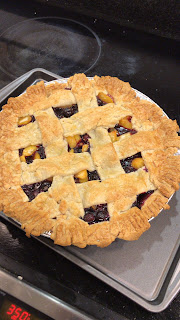 3. I finally caved and tried Dig Inn. It was pretty good, though I don't love brown rice, and I wish it were possible to get your sides...on the side. (I wanted to try the apples but didn't want them in with my salmon, broccoli, and rice.)
4. I got cupcakes at Little Cupcake Bakeshop in Soho after Lizzy's event. I tried the Brooklyn Blackout and blue velvet ones, and highly recommend both.

1. Sarah and I went to a Sofar Sounds event in the East Village. There were two indie pop type artists and then one that was more hip-hop. It was a fun, different experience.
2. The roommate came with me to the first night of the Westminster Kennel Club show at Madison Square Garden. It was 3.5 hours of precious puppers. I took soooo many pictures, but I'll share just a few below. 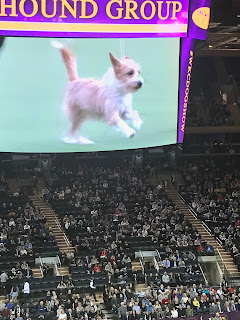 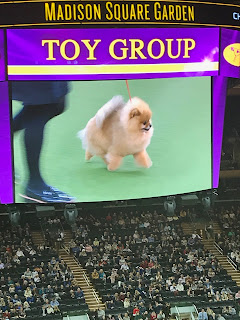 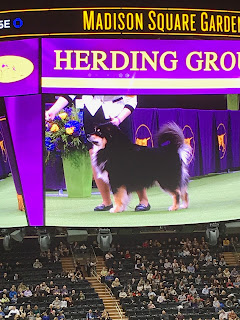 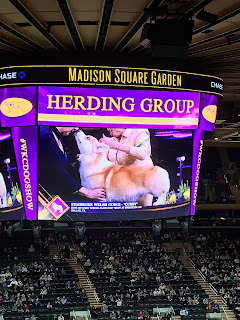 3. Then, a week later, the roommate and I went to see Sleeping Beauty at the NYC Ballet! 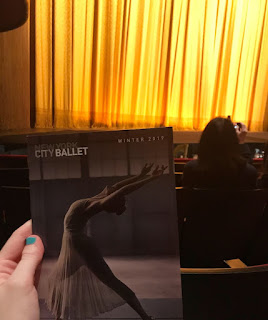 1. I went to the Whitney Museum at the very end of the month. Overall, I was a bit disappointed because they were only displaying selections from their permanent collection, and the Warhol exhibition was very crowded. 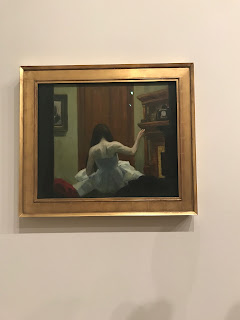 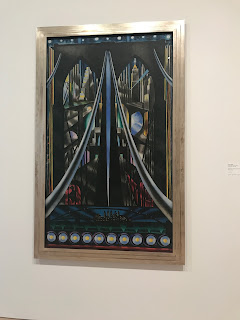 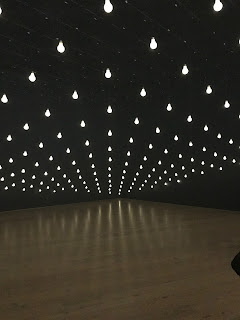 2. I saw more of the West Village and SoHo on my way to/from the Whitney, and on my way to the places I went after.

What did you do in February? Anything exciting or different? Read any good books or try any new foods? :)
Posted by Emma at 12:00 AM
Email ThisBlogThis!Share to TwitterShare to FacebookShare to Pinterest