How I've Been Filling My Time During Lockdown

As I've referenced in a Rewind & Review post, all of the library pages were, first, temporarily taken off the schedule (but still paid). Then, after three weeks of that, the county furloughed ALL part-time employees. So I've been at home since March 16 (with five more weeks til the stay-at-home order is supposed to be lifted), and that's given me abundant free time to fill. At this point, hopefully you've found things to do if you're in a similar boat to mine. But if you haven't, maybe this'll give you some ideas.

1. I did a full MCU binge.
I watched every single Marvel movie (minus The Incredible Hulk). This was the first time I watched the Iron Man trilogy, the Guardians of the Galaxy films, and all of Doctor Strange.

2. I've been reading. (Which is pretty normal for me.)
What's not been normal is how often I'm having to force myself to read and how many books I'm just not enjoying. This chaotic time is not fun.

3. I created a bunch of brackets in March for various music, books, and movies.
My March activity was brackets - I started with a Taylor Swift one and moved to other favorite music artists, as well as YA characters, Marvel movies, rom-coms, Gilmore Girls characters, and more.

4. I've gotten into a yoga routine.
Before all of this started, my therapist encouraged me to get into a better exercise routine. When I was in college and NY, I walked a lot, but I don't have that here and I don't like going to the gym. So I've been doing yoga via our Wii Fit three times a week, and I eventually want to explore YouTube yoga tutorials.

5. I got a Nintendo Switch Lite and have played a LOT of Animal Crossing: New Horizons.
I caved to FOMO and got a Switch midway through April. It's been a nice, lowkey activity because there's no real competitive goal with AC. (If anyone wants to visit my island, hit me up on Twitter or Instagram for a Dodo code.) 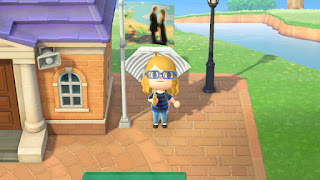 6. My family has started a murder mystery subscription box.
I saw a box in a list on Buzzfeed, of suggested quarantine activities. We're only one episode in, but it's very fun. It took us about 3.5 hours (over multiple nights) to reach the end of that episode, and there are four more to go in this season.

7. I've started new shows on Netflix and Hulu. (And rewatched old favorites on Hulu and Disney+.)
I'm watching Community, on my group chat's recommendation; it's nice to have a new half hour sitcom to binge. I've also rewatched plenty of Gilmore Girls, Bunheads, and Parks and Rec.

8. I've had weekly movie nights over FaceTime with a friend.
One of my college friends and I have regularly watched a movie together. We were gonna use Netflix Party originally, but that didn't work. So we've gotten very good at starting the movies at the exact same time.

9. My group chat has created month-long themes to entertain ourselves.
In April we did AMAs (Ask Me Anythings) with 29 of our members. This month, we're doing house tours for each other (via Instagram stories) and will be playing a group chat version of Mafia.

10. I've done a little freelance work.
Not as much as I would've liked to do (I like free time, but I really do miss work!), but enough to supplement my unemployment income. :)

11. I've tried to bake once a week.
Baking is very therapeutic for me, and it's also been fun to try out some new recipes. 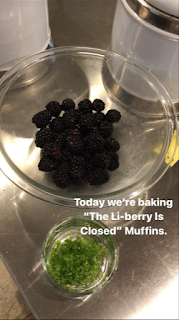 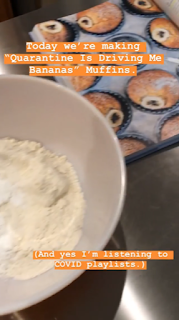 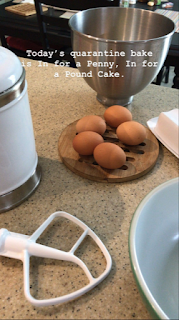 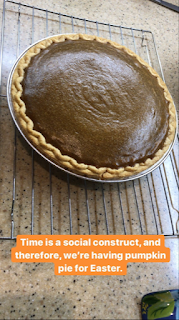 12. I've tried to be creative in other ways, since I haven't felt up to writing.
I've been cross-stitching a bunch. I have reorganized my bookshelves a little, and taken Bookstagram pictures. I would be doing some paint by numbers but they have not arrived yet. Alas.


So how have you been occupying yourself, if you've been stuck at home? Are you still able to work? If you're still in school, how have your classes been?
Posted by Emma at 12:00 AM
Email ThisBlogThis!Share to TwitterShare to FacebookShare to Pinterest