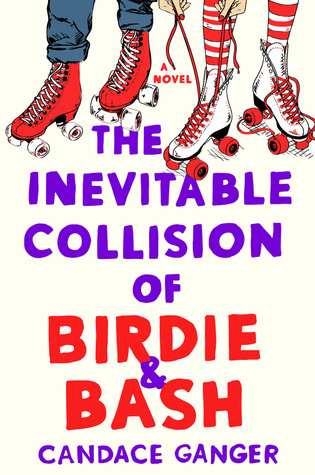 Birdie never meant to be at the party. Bash should have been long gone. But when they meet, a collision course is set off they may never recover from.Sebastian Alvaréz is just trying to hold the pieces together: to not flunk out, to keep his sort-of-best friend Wild Kyle from doing something really bad, and to see his beloved Ma through chemo. But when he meets Birdie Paxton, a near-Valedictorian who doesn’t realize she’s smoking hot in her science pun T-shirt, at a party, an undeniable attraction sparks. And suddenly he’s not worried about anything. But before they are able to exchange numbers, they are pulled apart. A horrifying tragedy soon links Birdie and Bash together—but neither knows it. When they finally reconnect, and are starting to fall—hard—the events of the tragedy unfold, changing both their lives in ways they can never undo. Told in alternating perspectives, The Inevitable Collision of Birdie & Bash by Candace Ganger is a beautiful, complex, and ultimately hopeful teen novel that will move you to the very last page. 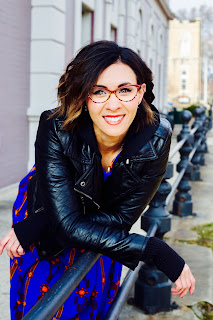 CANDACE GANGER is a young adult author, contributing writer for Hello Giggles, and obsessive marathoner. Aside from having past lives as a singer, nanotechnology website editor, and world’s worst vacuum sales rep, she’s also ghostwritten hundreds of projects for companies, best-selling fiction and award-winning nonfiction authors alike. Candace—aka—Candyland—has a severe Milky Way latter addiction + eats way too many donuts/doughnuts but all things in excess, amiright? FYI: She’s TOTALLY awkward in person (#sorrynotsorry). She lives in Ohio with her family.