One of the challenges Barnes & Noble had during B-Fest was a scavenger hunt. When I went to the author event on Saturday, one of the booksellers running it offered me the sheet of things to find and said I'd get a prize if I completed it. After the panel and getting my books signed, I was too tired to complete it. But I kept the list and decided I'd do it at a later date for a blog post. My mom and I were at a different Barnes & Noble in the area a few days later, and we completed it then. To make it extra challenging, I limited myself to just YA/MG/children's titles. Here are the results, and if you want to complete the scavenger hunt yourself, I'm including a picture of the list, too. 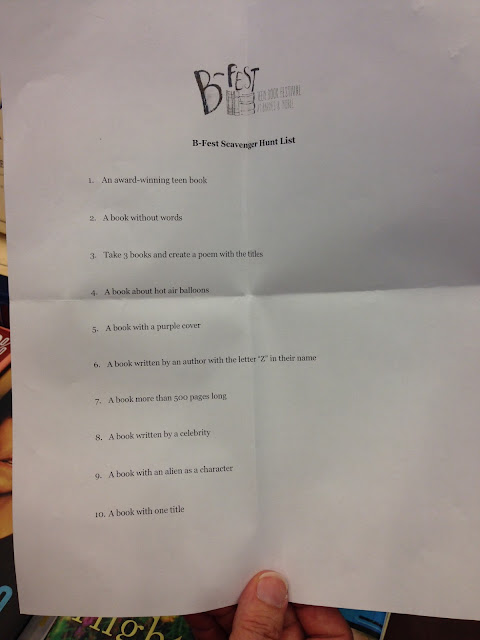 1. An award-winning teen book
I didn't want to go for one of the obvious choices, so I hunted down a paperback copy of Simon vs the Homo Sapiens Agenda. 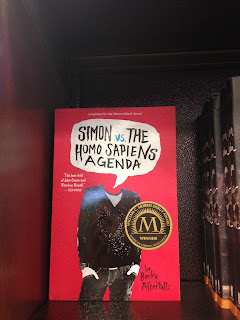 2. A book without words
This one probably took the longest, and we scanned a good part of the children's section. A bookseller even asked if we needed help, but I told her she technically couldn't help us since we were doing a scavenger hunt. 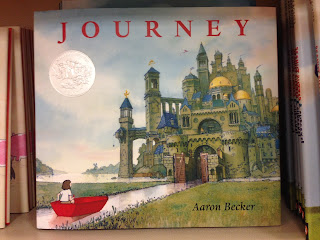 3. Take 3 books and create a poem with the titles
This probably isn't my best book title poem, but I like how it tells a bit of a story. (And ignore that Sarah Dessen's name is bigger than her book's title.) 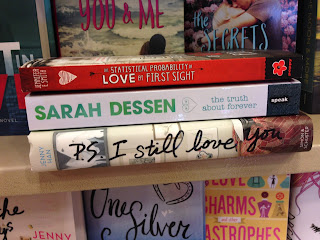 4. A book about hot air balloons
I may have stretched this one a bit... 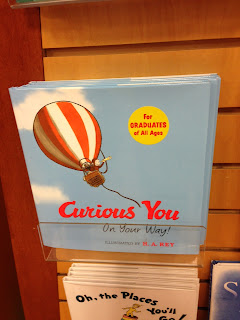 5. A book with a purple cover
My mom thought I should've used The Crown, but I wanted to do something a little less expected. 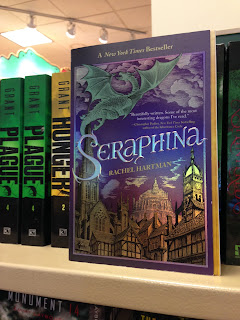 6. A book written by an author with the letter "Z" in their name
I interpreted this to mean someone whose name started with "Z," but I just realized I could've chosen an author named Elizabeth or Suzanne or something like that. 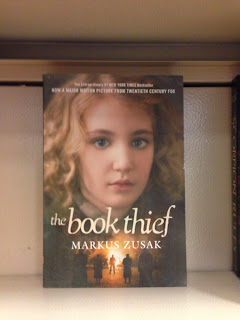 7. A book more than 500 pages long
My first instinct was to look for A Court of Mist and Fury (that thing is a BEAST), but Barnes & Noble didn't have it??? Anyways, I went for another recent fave and I took a picture of the last page as proof. 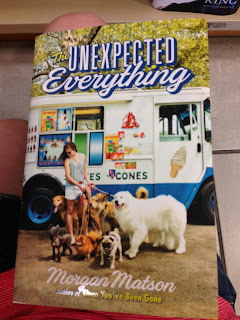 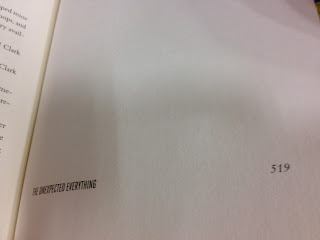 8. A book written by a celebrity
Surprisingly harder to find in the YA area than you might think. 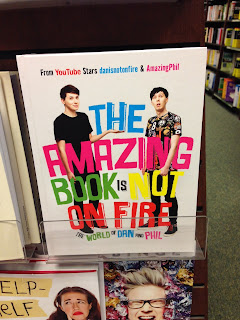 9. A book with an alien as a character
I don't do alien books, so this was probably the book that took third longest to find. 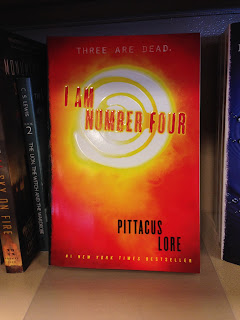 10. A book with one title (which we interpreted to mean as a "one-word title")
There's an abundance of these, so I had my pick. I probably could've found a good dozen. 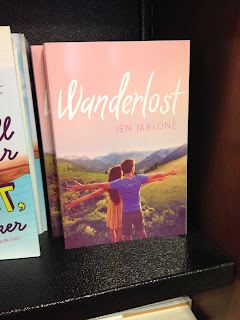 If y'all do this scavenger hunt and post about it anywhere, send me the link! I'd love to see your results. I kind of wish I'd collected more of the scavenger hunt sheets so I could do some different ones, but ah well. C'est la vie. I can always invent my own bookstore scavenger hunt.
Posted by Emma at 12:00 AM
Email ThisBlogThis!Share to TwitterShare to FacebookShare to Pinterest