A Day in Paris

Get ready to go on a trip to Paris!

But I'm about to tell you how you can pretend you're in Paris while being stuck in Middle-of-Nowhere, U.S.A. 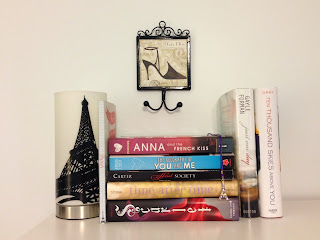 First, either buy or borrow these titles. A couple of them feature Paris prominently, and a couple others have scenes set in the City of Light.

(Books featured: Anna and the French Kiss by Stephanie Perkins, The Geography of You and Me by Jennifer E. Smith, Heist Society by Ally Carter, Time After Time by Tamara Ireland Stone, Scarlet by Marissa Meyer, Just One Day by Gayle Forman, and Ten Thousand Skies Above You by Claudia Gray. **Warning: some of these books are sequels, so don't read the synopses unless you've already read the previous books in the series!**)

Other books set in France or Paris (or have a scene or two there):
Going Rogue by Robin Benway
Rook by Sharon Cameron
Two Summers by Aimee Friedman
The Conspiracy of Us by Maggie Hall
The Darkest Hour by Caroline Tung Richmond
Belle Epoque by Elizabeth Ross

I don't listen to a lot of French music, but I feel like I should. My first secret sister, Audris, included a French song called "Elle Me Dit" on a mix CD she made me. Mostly, if I'm listening to French music, it's a Disney playlist I made on YouTube. That's a good place to look if you want to find music in foreign languages. 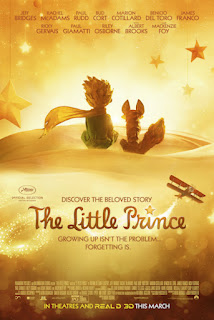 This is probably cheating, but you can watch a ton of Disney movies in French. And if you have Netflix, Le Petit Prince (the English version) will be available in about a week or so. I'm very excited to watch it, since I was so disappointed when I heard its theatrical release had been dropped. 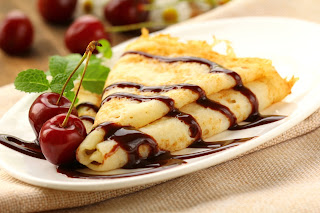 Make crepes or beignets, if you're adventurous. If you want something a little simpler, make a quiche. Or buy one. Buy macarons, too! You can get a box of frozen ones at Trader Joe's. And don't forget your bread and cheese. Oh - and don't put ice in your drinks. Europeans don't do that. (I'd get along well with them, apparently.)
If you're really lucky, you might have a local French restaurant. We did in my old town (although they moved right before we did), and there's a crepe place about 15 minutes away here.

I hope you enjoy this faux day in Paris!
Posted by Emma at 12:00 AM
Email ThisBlogThis!Share to TwitterShare to FacebookShare to Pinterest