This Is Me Blog Tour: Stacey Lee's Research Process

Welcome to my stop of the This Is Me Blog Campaign. I'm so, so excited to have Stacey Lee on the blog today to discuss her research process for The Downstairs Girl, which is her latest amazing historical fiction novel featuring a Chinese-American protagonist. I don't know about y'all, but I always love hearing about authors' research processes, especially when they write historical fiction. Here's what Stacey had to share. :)

After I've figured out where I want to set my story and the time period, I need to ground myself with a sense of the place. I always buy as big a map as I can afford for the sake of my eyes, and as close to the date that I've chosen. Maps were not updated as often as we're used to and so they're only accurate to a point. I also use Google Maps to help understand topography. For THE DOWNSTAIRS GIRL, at one point there was a jail in the story, but my map no longer showed the jail as it had been torn down. I went to Google Earth, and to my shock, the image that popped up contained a ghostly imprint of the jail, still visible on the dried grass even after its removal over a hundred years earlier, which could only be seen from Google Earth's bird's eye view.

I also read the newspapers from the time period. The "Atlanta Constitution" (now The Atlanta Journal-Constitution) was the main paper during the time my book is set, and I read about a year's worth of papers to give me a sense of what was happening in the city and country. This is where things got a little hairy, because the newspapers were on microfiche and very fuzzy. (Side note: if you want to write historical fiction, make sure to eat your carrots.) Reading newspapers was a good way not just to understand the issues facing Atlanta during 1890, something crucial to THE DOWNSTAIRS GIRL as my main character Jo Kuan tries to advise women on 'current' events, but also to give a sense of the language used.

Finally, I was lucky to be able to visit Atlanta and feel the city under my feet. I love walking and I was amazed at how many people volunteered to go around the city and share their expertise with me. One woman spent four hours trekking me through Piedmont Park, where a key scene takes place. She carried around a thick notebook and would pull it out every now and then to show me relevant historical photographs. Also, she was in her seventies. Atlantans are proud of their city, and I hope the book does this enchanting city justice, with its complicated history. 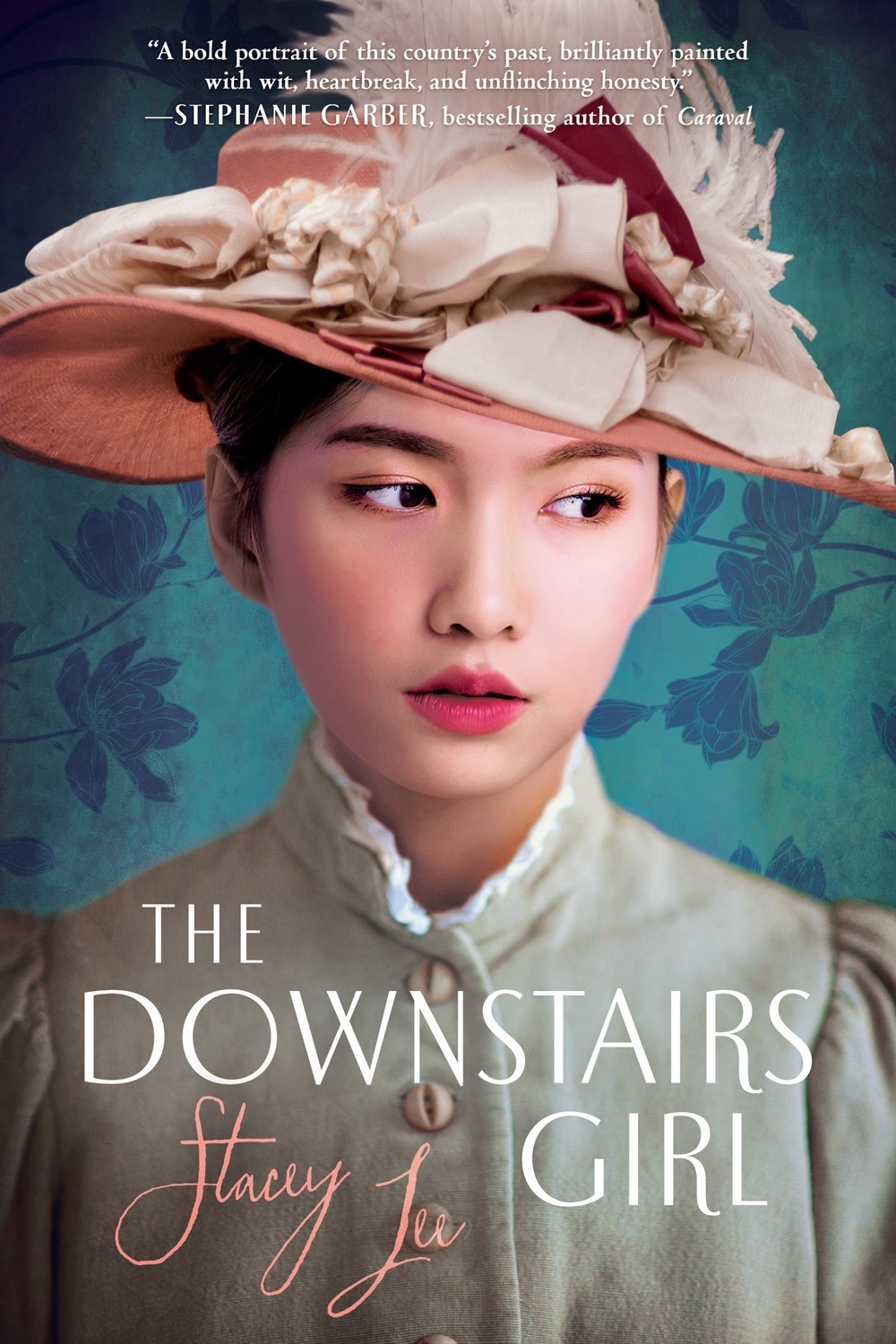 By day, seventeen-year-old Jo Kuan works as a lady's maid for the cruel daughter of one of the wealthiest men in Atlanta. But by night, Jo moonlights as the pseudonymous author of a newspaper advice column for the genteel Southern lady, "Dear Miss Sweetie." When her column becomes wildly popular, she uses the power of the pen to address some of society's ills, but she's not prepared for the backlash that follows when her column challenges fixed ideas about race and gender. While her opponents clamor to uncover the secret identity of Miss Sweetie, a mysterious letter sets Jo off on a search for her own past and the parents who abandoned her as a baby. But when her efforts put her in the crosshairs of Atlanta's most notorious criminal, Jo must decide whether she, a girl used to living in the shadows, is ready to step into the light. With prose that is witty, insightful, and at times heartbreaking, Stacey Lee masterfully crafts an extraordinary social drama set in the New South.

Stacey Lee is the critically acclaimed author of the novels Under a Painted Sky and Outrun the Moon, the winner of the PEN Center USA Literary Award for Young Adult Fiction. She is a fourth-generation Chinese American and a founding member of We Need Diverse Books. Born in Southern California, she graduated from UCLA and then got her law degree at UC Davis King Hall. She lives with her family outside San Francisco.
Posted by Emma at 12:00 AM
Email ThisBlogThis!Share to TwitterShare to FacebookShare to Pinterest