In all my posts last year, I mentioned all the fun things I did and cool places I visited, but I decided it was time to do an official guide. Of course there are a bunch of places I can't include because even in the year I lived there, I didn't have the time to go. But here's hoping I can go to them someday soon and then tell you all about them.

This post is going to be specifically about museums and shops and tourist-y (but not too tourist-y) things to do because I'm gonna need, like, five other posts for the restaurants alone.

Central Park and the North Half of the Island 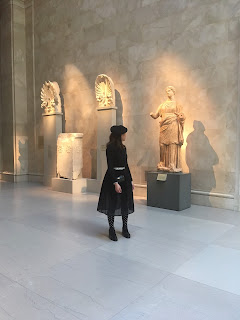 At the Met during a Members-Only Early Hours access event.
1. The Metropolitan Museum of Art and the Met Cloisters
Don't get me started on the Met because I will wax poetic for hours. I love art museums, and everyone knows this is the cream of the crop. You could spend hours here and still not see everything. And that's only at the main museum. The Cloisters are up in Fort Tryon Park (definitely a hike from the rest of the city), and there's also the Met Breuer closer to the main museum. If you like art and/or museums, I'd definitely devote some time to going here. 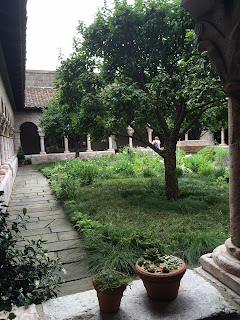 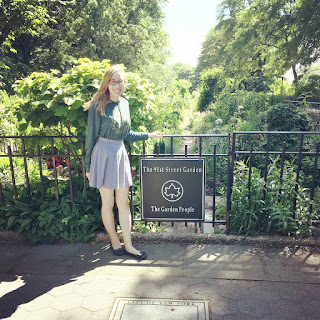 2. Riverside Park
If you love You've Got Mail like I do, this is the park from the famous final scene. It's also such a lovely park right along the Hudson River. While it can get crowded on event days and weekends, it's pretty quiet on weekdays.


3. New York Historical Society
History museum! They also do special exhibitions often, like the Harry Potter History of Magic one. 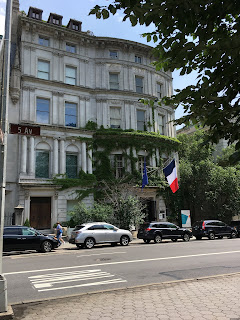 4. Albertine Books
French bookstore!!! They have some books in English but also a lot in French (although not enough YA books in French to satisfy me).


5. Museum of Natural History
Especially if you love Night at the Museum or science, this is a great spot to visit. I love the animal halls.


6. Central Park
There's a LOT to do in Central Park, and it doesn't always have to be the touristy areas like Bethesda Terrace, or the Castle, or the Zoo. 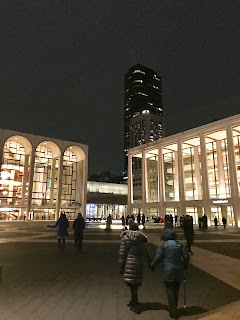 7. Lincoln Center
Even if you're not catching a performance here, it's worth it to visit the plaza. If you're going to a performance, try to see one in the Koch Theater. It's magnificent.


8. Frick Collection
I've seen this on a free Friday, which meant it was ridiculously crowded, but it also meant they were doing live music in the courtyard. I think I'd have rather seen it on a weekday though, even if it meant paying. It's a small art collection along Museum Mile in the Frick House. There's also plenty of interior design to look at.

Other Things I Wanted to Do: Hamilton Grange National Memorial, Cathedral Church of St. John the Divine, La Librairie des Enfants, Central Park Conservatory Gardens, New York Botanical Garden (actually up in the Bronx), walk around more of the Upper West Side 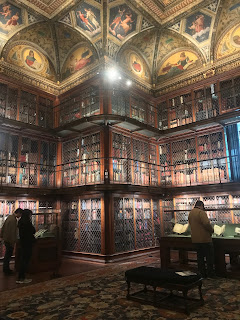 1. Morgan Library and Museum
I've gone to the Morgan Library twice: once for a Free Friday and then once on a weekend, mainly to see the Tolkien exhibition. If you're going for the library itself, it's definitely worth the price of admission so you can avoid the mobs of people. I got much better pictures the second time around. The Tolkien exhibition was packed, too, of course, but that was to be expected.


2. Madison Square Park
You can take in the Flatiron Building and relax in one of the city's small parks. This one has a dog run, which can be fun to look in on, if you're an animal-lover. Also, there's a Shake Shack and it's close to Eataly and other cute cafés.


3. Bryant Park
Abutting the New York Public Library is another great park, though it's definitely getting more visitors these days. I had trouble finding seats several times on my lunch break. But they do lots of fun activities, like Movies in the Park and a winter market with ice skating. 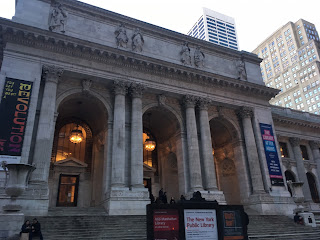 4. New York Public Library
If you love books and libraries, the NYPL is not to be missed.


5. Books of Wonder
My favorite children's bookstore of all time.


6. The Strand
Everyone will tell you to go here, and it can be worth it.


7. Gramercy Square
Obviously you can't go in the park (unless you're a resident or staying in the hotel), but the neighborhood is lovely and very historic-feeling.


8. Chelsea Market
One of the best indoor food markets. My big recommendation: go early in the morning, as soon as everything starts to open. It gets crowded FAST. You can also try going when the weather outside is really good because people won't be trying to find indoor activities.

Other Things I Wanted to Do: Scandinavia House, Roosevelt Island

The Villages and South End of the Island

1. 9/11 Memorial
It's very sobering to walk around the memorials and by the Oculus. You don't even have to do the museum (which isn't free). Or if you're me, you can go the wrong way leaving the subway station and get lost in the new World Trade Center for 10+ minutes. 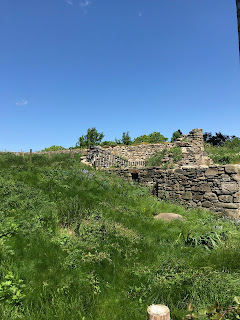 2. Irish Hunger Memorial
Hardly anyone talks about this memorial, but it's in a quiet part of Battery Park and was utterly empty when my mom and I went. They utilized vegetation and stones from Ireland while building it.


3. McNally Jackson
Another bookstore for y'all - this one a neighborhood favorite in the SoHo/Nolita area. AND! They have a new location in the South Street Seaport, too that I went to last month. I like that one even better, I think. It feels a little less cramped.


4. shopping in SoHo
Everyone tells you Madison and Fifth Avenue are best for shopping, but if you're more of a hipster or a millennial, SoHo is absolutely the area for you. Obviously I'm not hipster enough because my favorite spot was the first IRL Modcloth shop. 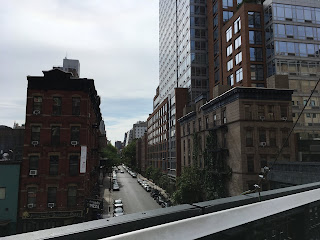 5. High Line
It's super overrun with tourists now...unless you go semi-early in the morning. (I think I went at, like, 8:30 or 9 one Sunday morning, and there were other people, but it wasn't crowded.) You can walk the whole thing, or start halfway like I did. I started at 23rd St and walked only to the Chelsea Market, but its true ends are at Gansevoort Street by the Whitney Museum and on 34th St by Hudson Yards.


6. Trinity Church
Where they filmed scenes from National Treasure, but also where famous people are buried, such as Eliza Schuyler Hamilton and Alexander himself. 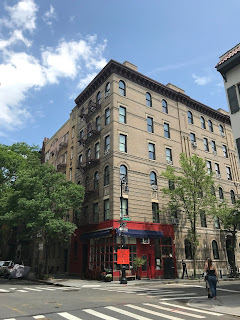 7. the Friends apartment
Obviously they didn't actually film in that building or on the street for Friends, but the famous exterior still looks pretty much the same. It's at the corner of Bedford and Grove in the West Village. My mom and I were walked by there on our food tour, but you can also go by yourself. There's a super cute restaurant below it!

Other Things I Wanted to Do: South Street Seaport (well, see more of it), Tenement Museum, Koneko Cat Cafe

1. Brooklyn Botanic Garden
It is so, so pretty in springtime, and especially now that they've finished constructing a bunch of areas that weren't finished when I visited last fall. 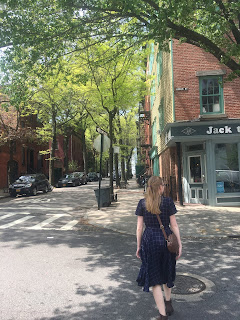 2. Brooklyn Heights
This was my neighborhood, and it's so homey and lovely, and I miss it all the time. It's a great place to walk around, and there's a bunch of restaurants and shops, too, especially as you get closer to Borough Hall and the Cobble Hill neighborhood. 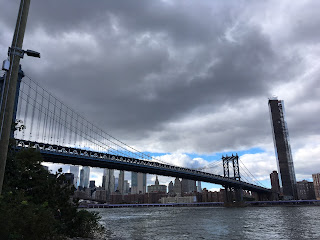 3. DUMBO
Right past the Brooklyn Bridge is the DUMBO neighborhood. It's super trendy with lots of restaurants, bakeries, and artsy shops.

4. Books Are Magic
This one needs its own mention. It's one of the cutest bookstores in New York, and it feels super local. Plus it has a fun mural outside, AND it's not far from one of my favorite bakeries (One Girl Cookies - more about them in a later post).

5. Brooklyn Bridge Park
I've tried to keep this list from being too tourist-y, but I can't pass up the BB Park. It's got a unique flavor since each pier has been repurposed for something else. It's also a great place to get pictures of Manhattan, the river, and even the Statue of Liberty (from a distance). 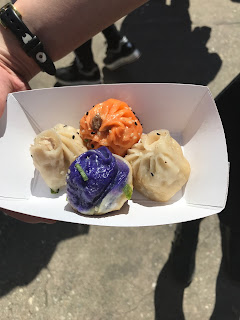 Dumplings at Smorgasburg
6. Smorgasburg
This is definitely a group (or duo) activity, but I so wish I could've gone more than once because it's a foodie's paradise. They've also expanded so that they're in Prospect Park on Sundays and at the World Trade Center on Fridays!

7. Sofar Sounds
If you're super into music, going to a secret indie concert should definitely be on your bucket list. They have shows all over the city, and you never know who you're going to end up seeing.


So that's my (incomplete) list of New York suggestions.
Posted by Emma at 12:00 AM
Email ThisBlogThis!Share to TwitterShare to FacebookShare to Pinterest