From the Bookshelf to the Kitchen: Cinnamon Quick Bread 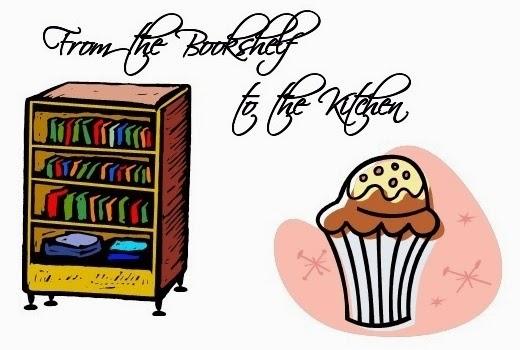 As soon as I started reading Stray, I knew it was the perfect book for this post series. Why? Because bread-baking features prominently.

There's actually a recipe for bookbinder's bread (the bread Aislynn's fairy godmother makes) in the back of Stray. But it requires kneading, and yeast, and waaaayyyy too many complicated steps for this baker. So I found a recipe for quick bread, which is much simpler to make! And y'all should definitely check out Stray. It isn't a favorite in the book blogging world, but I liked it.
Goodreads  Read Between the Lynes  Barnes & Noble

The recipe was simple like I thought it would be. I needed some help dividing the batter, but my mom and I came up with a great idea to help. Once the batter was mixed, we poured it from the bowl into a giant measuring cup (it holds, like, four cups, I think). Then we used that to measure how much was half of the batter. 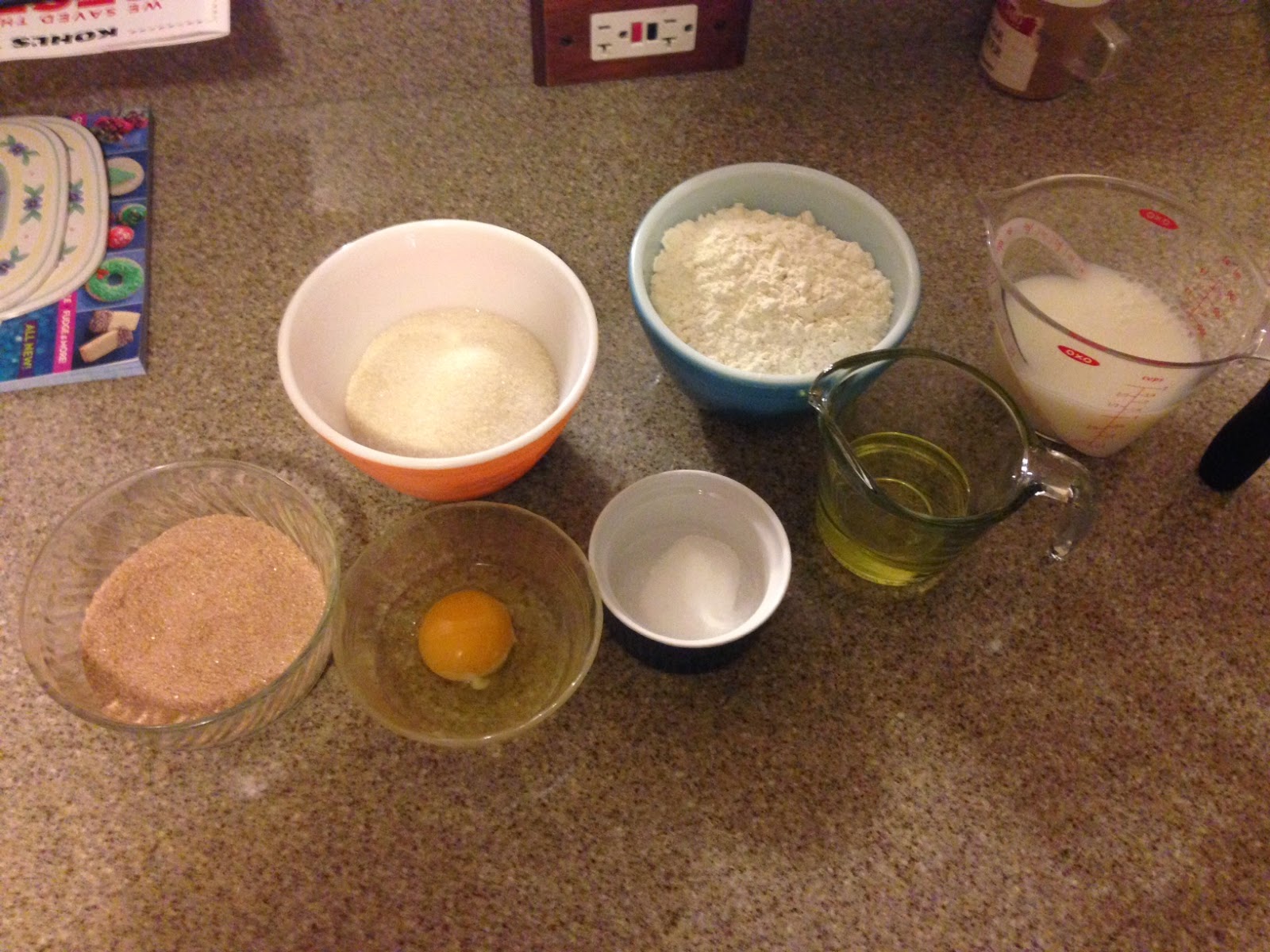 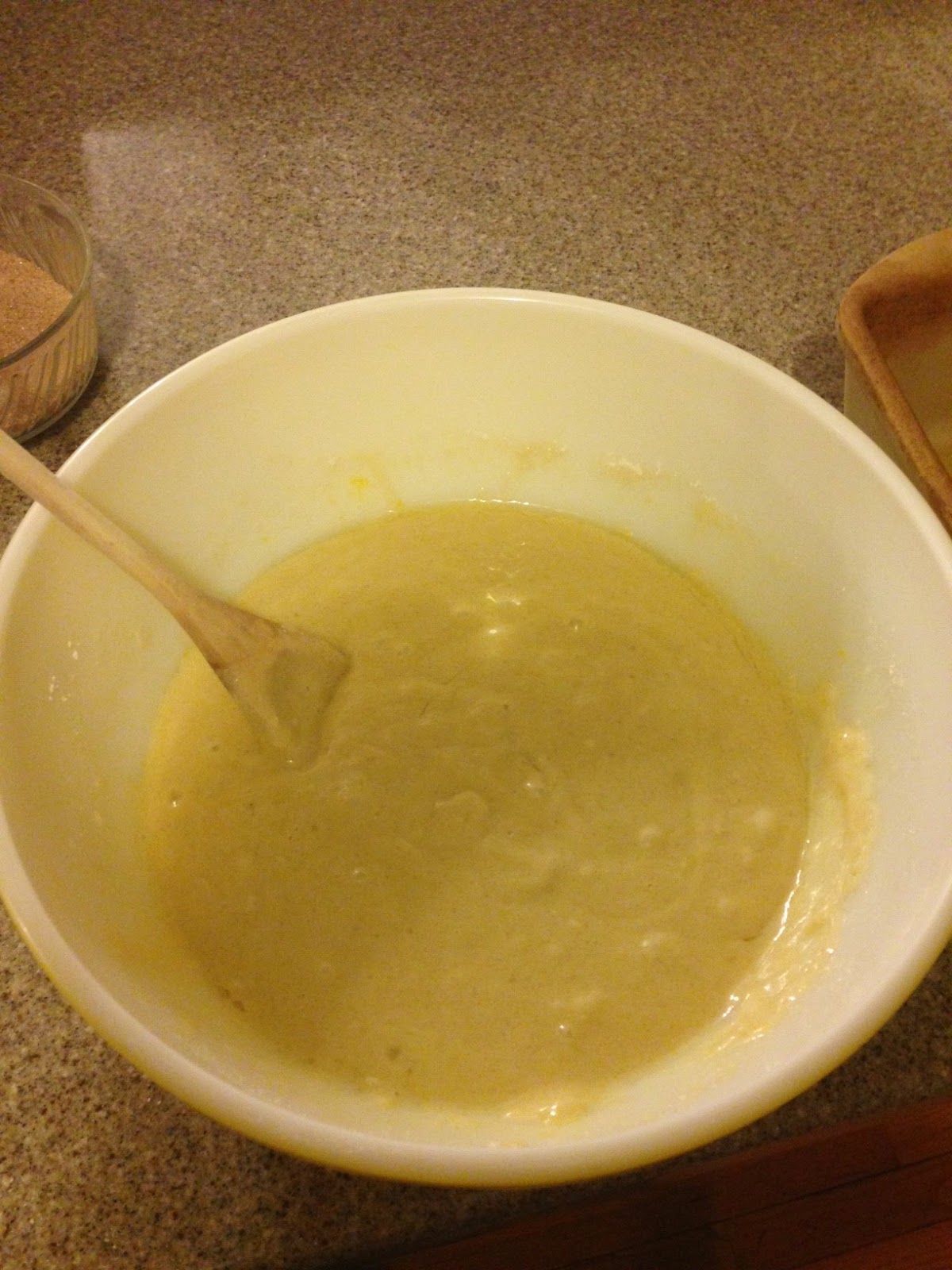 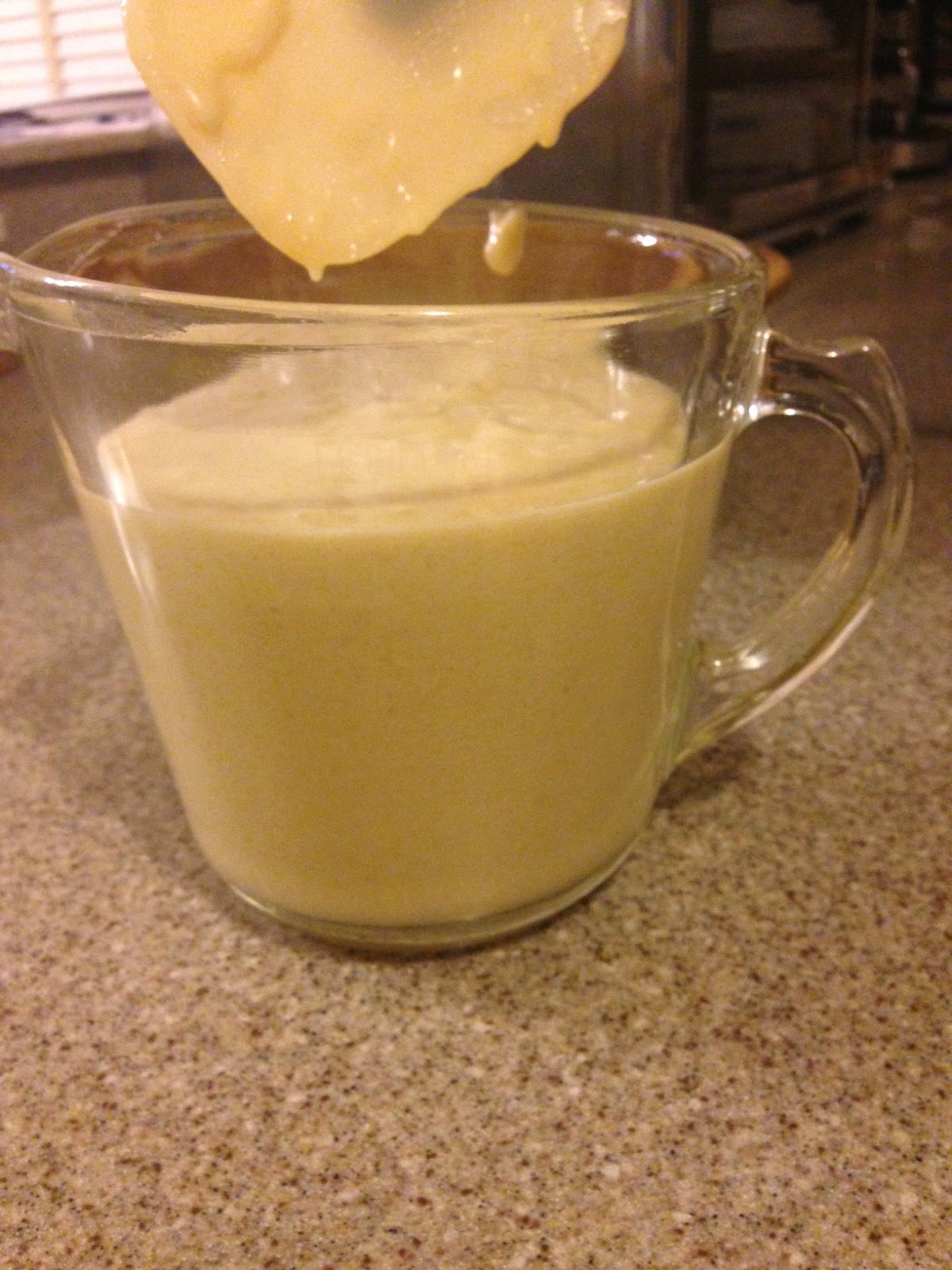 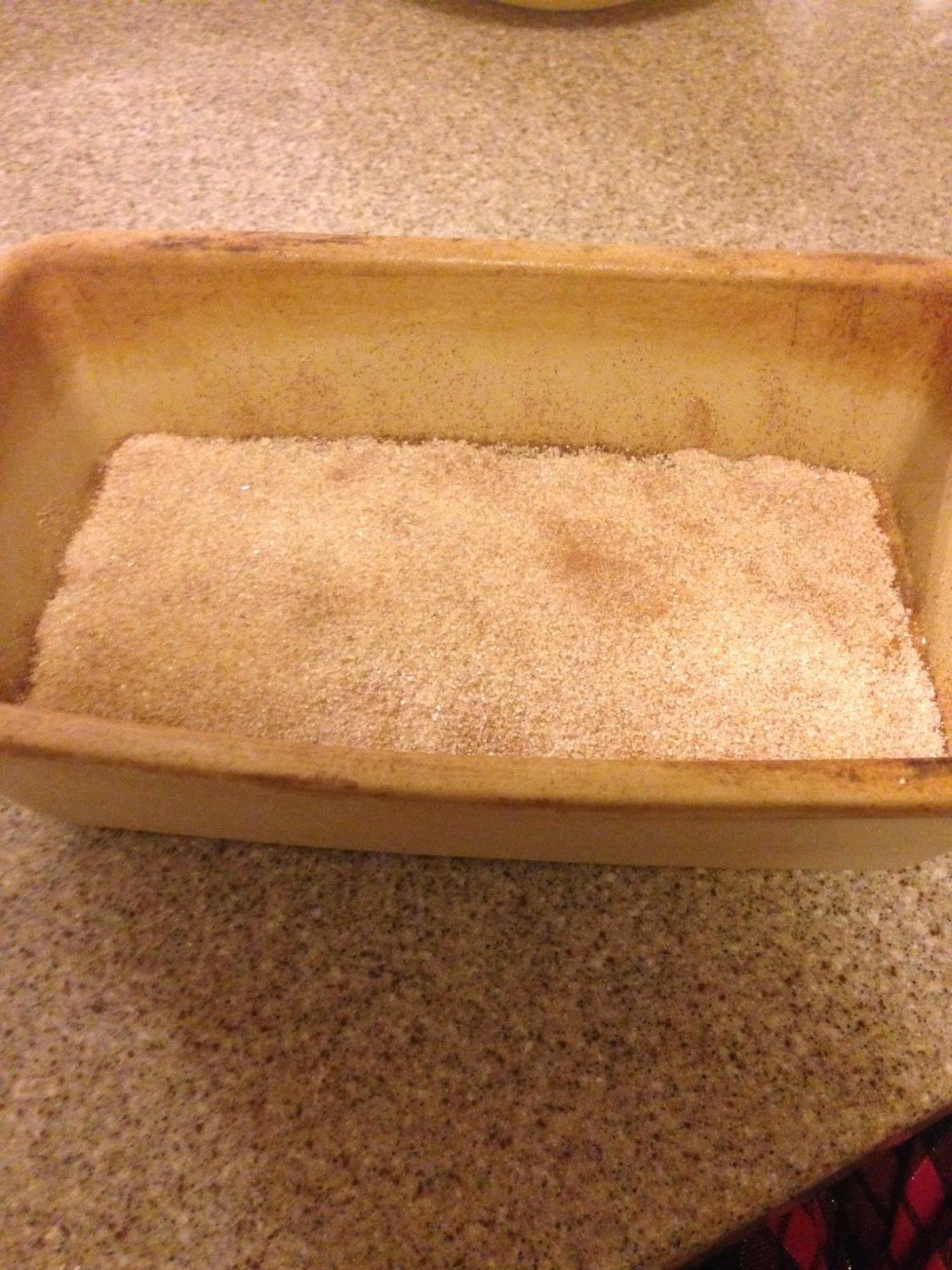 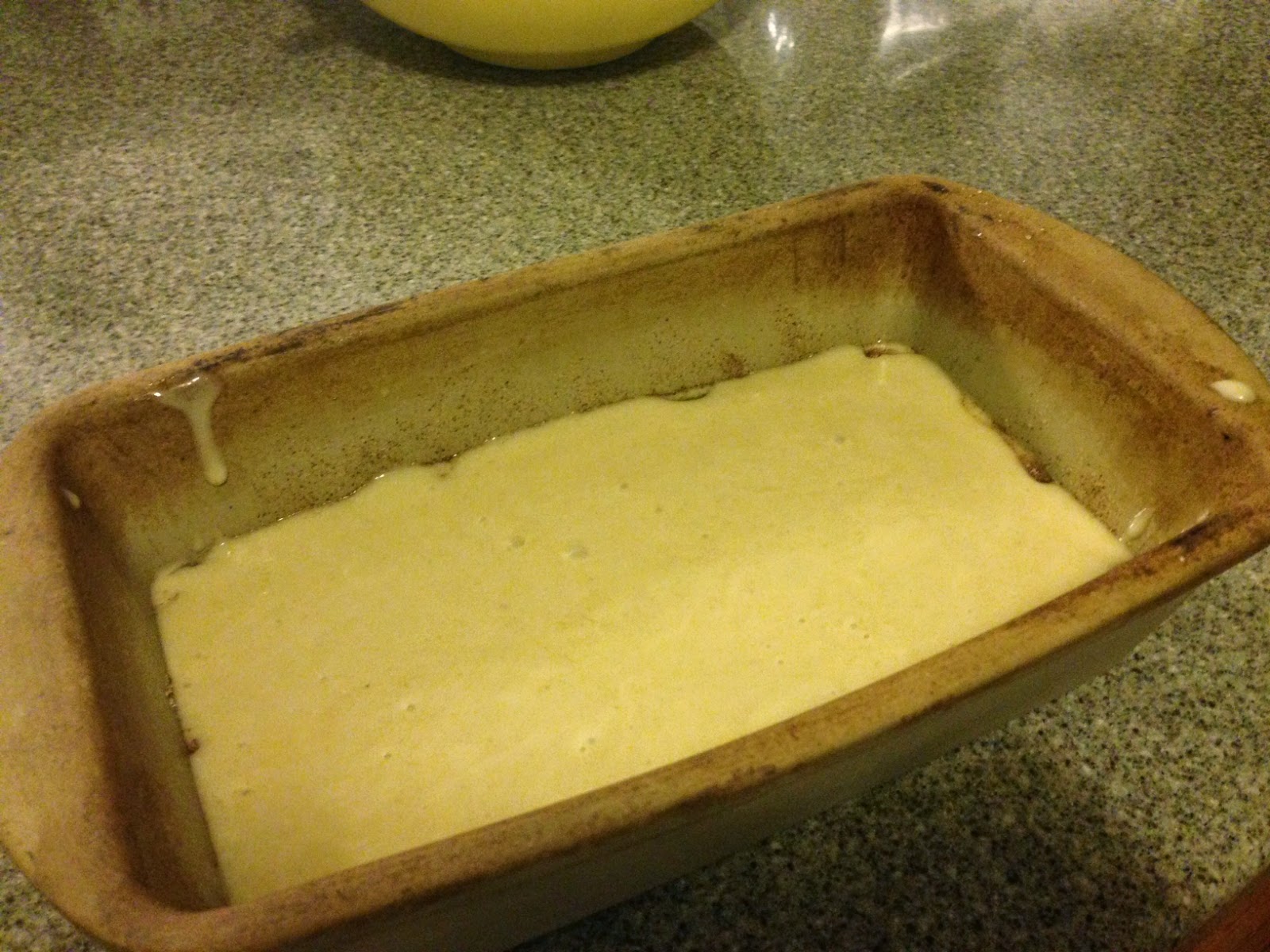 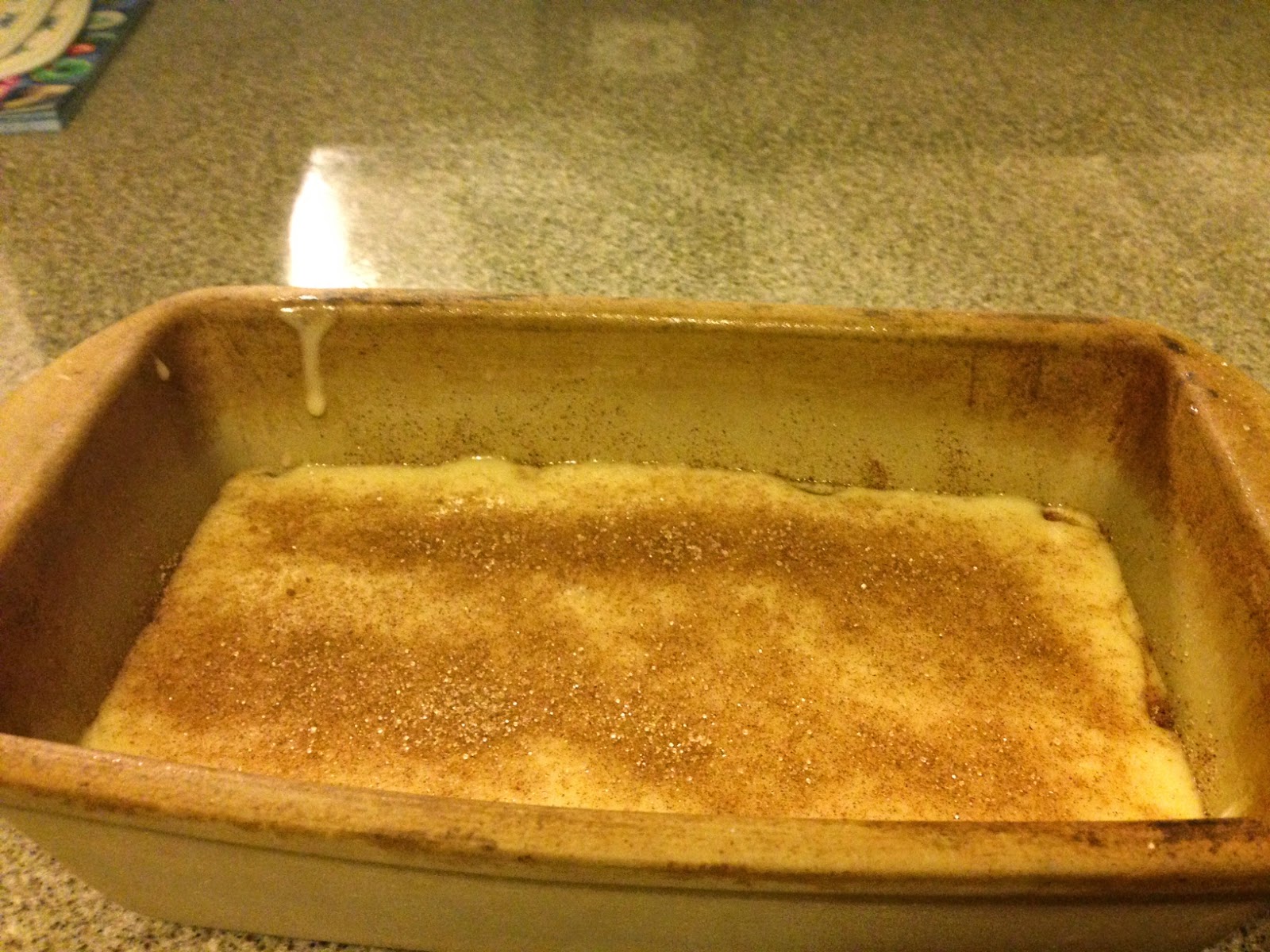 Preheat the oven to 350 degrees Fahrenheit. Lightly grease a 9x5-inch loaf pan. In large bowl, combine flour, baking powder, salt, and 1 cup sugar. Add egg, milk, and oil and stir just until moistened. Pour half the batter into pan. Sprinkle with cinnamon and 1/3 cup sugar (you can mix the two ingredients beforehand, which is what I did). Cover with remaining batter and top with more cinnamon-sugar if desired. (I did!) Bake for 45-50 minutes or until a toothpick inserted into center of loaf comes out clean. Let cool in pan for 10 minutes before removing to a wire rack to cool completely. Wrap in foil and let sit overnight before slicing. (You can eat it right away but the original poster of this recipe says she thinks it tastes better after it's settled.)

I think it turned out pretty well overall, although the cinnamon-sugar decided to erupt up through the middle, which looked very interesting. I think next time I might try adding cinnamon and/or nutmeg to the batter, just for a little extra flavor. 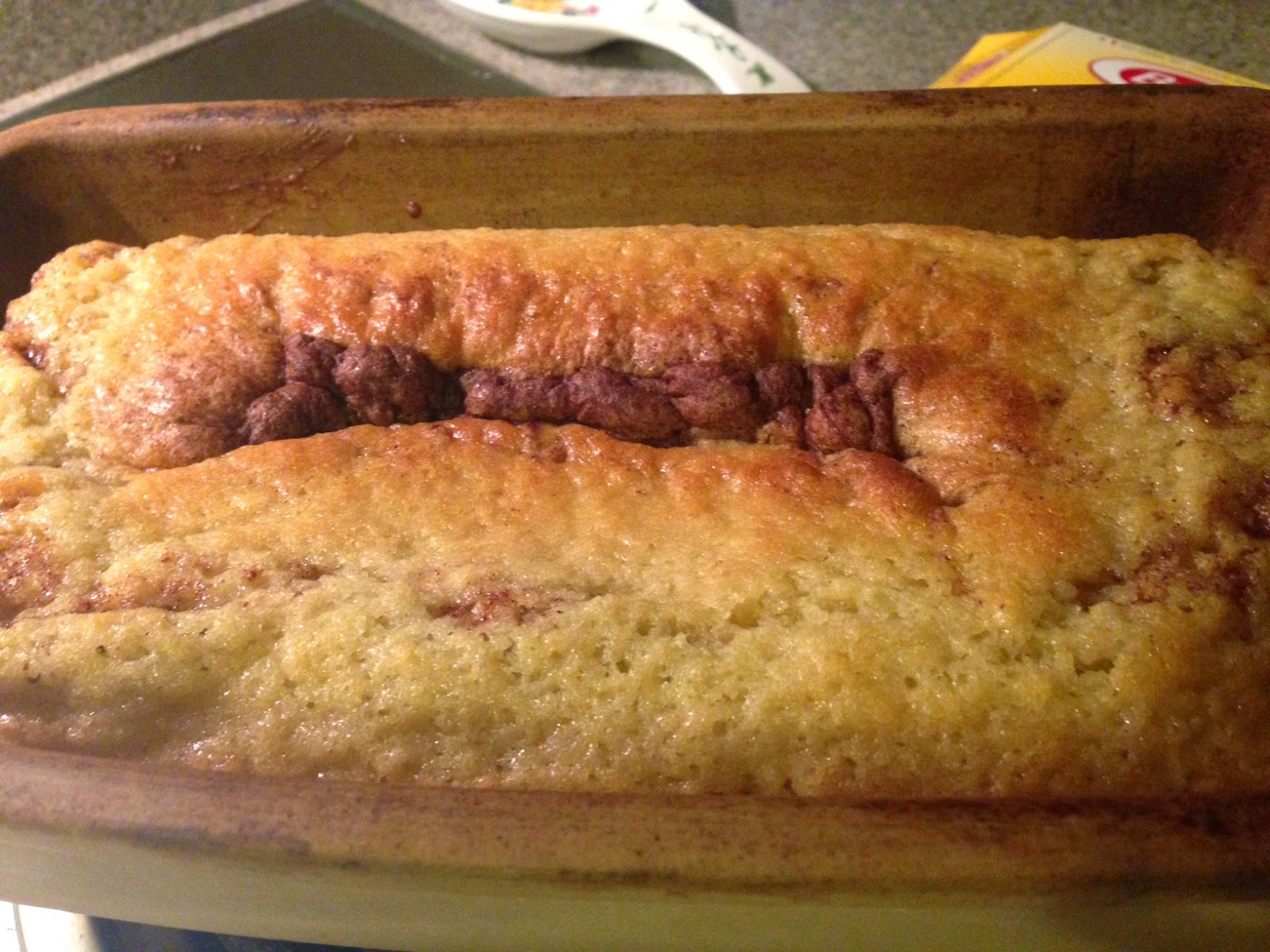 Have a recipe/book suggestion for From the Bookshelf to the Kitchen? Email it to MDBCnumber1fan [at] gmail [dot] com. I'm always up for new baking ideas!
Posted by Emma at 12:10 AM
Email ThisBlogThis!Share to TwitterShare to FacebookShare to Pinterest
Labels: from the bookshelf to the kitchen