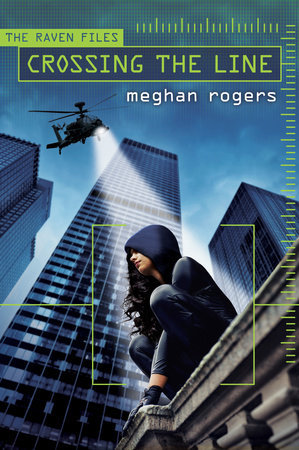 Crossing the Line by Meghan Rogers
Grade: C
An ARC was provided by the publisher in exchange for review consideration.
Summary: Jocelyn Steely was kidnapped as a child and raised in North Korea as a spy. When her agency sends her to the U.S. to infiltrate the very group her parents once worked for, Jocelyn jumps at the chance to turn double agent and finish off her kidnappers once and for all. She convinces the head of the American spy agency to trust her, but it’s not quite as simple as that: Jocelyn has to fight the withdrawal symptoms from the drug that the North Koreans used to keep her in line, and her new fellow spies refuse to trust their former adversary. Worst of all, there might be some new information to uncover about her parents - if she even wants to find out.

The Good, the Bad, and the Ugly: Spy books are my jam, y'all. After all, I got my YA start with Gallagher Girls. In addition, Crossing the Line was one of my Sixteen 2016 Reads, so obviously I had high expectations going into it.
The start of the book was a bit slow. There were several training scenes and classroom scenes that I thought were unnecessary. Also, the drama with Agent Harper led nowhere. That was one plot thread that was never wrapped up quite right, and I would've liked to at least know if it would be going somewhere in the sequel. There were other plot points that were left open, but I could tell they'll be addressed in the next book. Part of the reason I couldn't get into Crossing the Line towards the beginning was the lack of connection to the characters. Jocelyn felt a bit one-dimensional, and I didn't feel empathetic or necessarily want to root for her. All of the other characters were a bit stereotypical too.
The climax is when the book really picks up, and I started to get into it then. Through most of the book, I worried about a romance, though. All signs point to something starting between Jocelyn and Travis, but I honestly don't ship it. I kind of want to see a romance brew between Jocelyn and one of her classmates.
There's a lot of drug use via Jocelyn's addiction, thanks to the North Korean operatives. Also, there's a smattering of foul language and violence.

The Verdict: Fairly good, but not what I wanted it to be.

Buy: Read Between the Lynes  Barnes & Noble
Will I be adding this book to my library?: Haven't decided yet.
Posted by Emma at 12:00 AM
Email ThisBlogThis!Share to TwitterShare to FacebookShare to Pinterest