Review: In Search Of Us 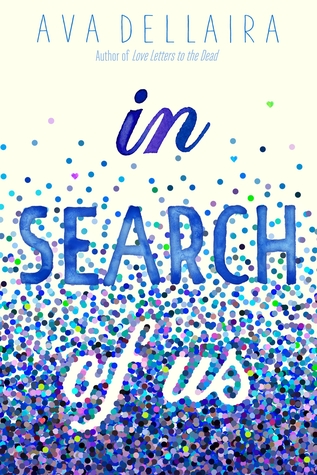 In Search Of Us by Ava Dellaira
Grade: C
Release date: March 6, 2018
An ARC was provided by Macmillan in exchange for an honest review.
Summary: The author of the beloved Love Letters to the Dead returns with a parallel story of a mother and daughter each at age seventeen. Marilyn's tale recounts the summer she fell in love and set out on her own path. Angie's story is about her search for her unknown father.
This sweeping multi-generational love story introduces readers to mother-and-daughter pair Marilyn and Angie. To seventeen-year-old Angie, who is mixed-race, Marilyn is her hardworking, devoted white single mother. But Marilyn was once young, too. When Marilyn was seventeen, she fell in love with Angie's father, James, who was African-American. But Angie's never met him, and Marilyn has always told her he died before she was born. When Angie discovers evidence of an uncle she's never met she starts to wonder: What if her dad is still alive, too? So she sets off on a journey to find him, hitching a ride to LA from her home in New Mexico with her ex-boyfriend, Sam. Along the way, she uncovers some hard truths about herself, her mother, and what truly happened to her father.


The Good, the Bad, and the Ugly: I didn't love Ava Dellaira's debut, Love Letters to the Dead, but I wanted to give her sophomore novel a chance. However, I feel pretty much the same way about In Search Of Us that I did LLttD.
Marilyn's and Angie's stories were vaguely interesting, but I didn't feel like I truly knew Angie. Her story seemed so dependent on her mother's, and I never quite bought into her relationship with Sam. I wanted more time with Angie, Marilyn, and Justin post-discovery.
In Marilyn's story, her mom came across as stereotypical. The whole relationship dynamic with James didn't feel quite right. I also really wanted more female friends for her and Angie. Angie had a few, but they barely mattered.
There's foul language, drinking, drugs, and plenty of sexual content.