March was something else. 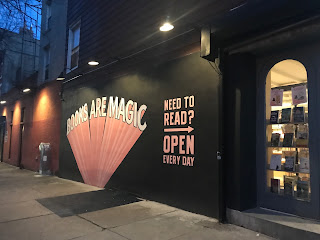 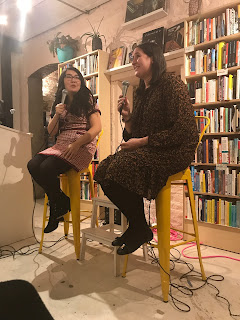 1. Jennifer E. Smith and Jenny Han did an event at Books Are Magic in Brooklyn, which is one of the cutest bookstores ever! I had a massive stack for Jennifer to sign, lol, and I got to tell her how much I love her books. I also awkwardly babbled to Jenny Han how I got my friend to love To All the Boys by reading it aloud to her on our long drives to and from college on our breaks.
2. Then on Friday the 8th, there was a diversity panel at Books of Wonder, featuring Laura Silverman, Zoraida Córdova, and Laura Pohl. 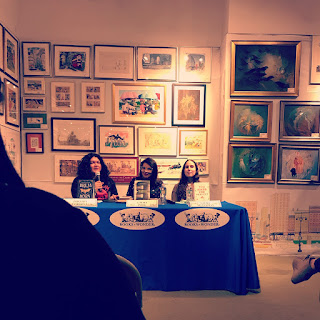 3. The last book event I attended this month was last night! I got to go to Jenn Marie Thorne's launch event for her latest, Night Music, at the Astoria Bookshop in Queens. 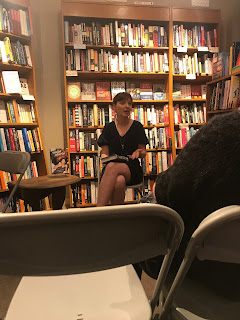 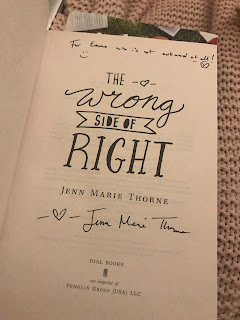 1. The second weekend in March, I went on my Great Pie Adventure, where I visited four pie shops in New York - two in Brooklyn and two in Manhattan. On Saturday the 9th, I started with Four & Twenty Blackbirds Dean Street location and then walked from there to Daly Pie. I got salted caramel apple at the first one (they have a couple others I wanna try really soon, and if I hadn't been going to three other pie shops this weekend, I probably would've gotten them too lol), and then an apple hand pie and orange chocolate almond at Daly. Pics below. 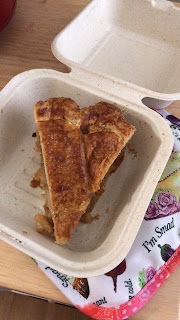 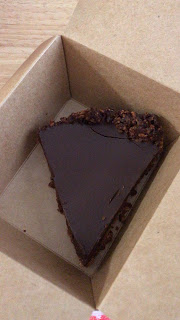 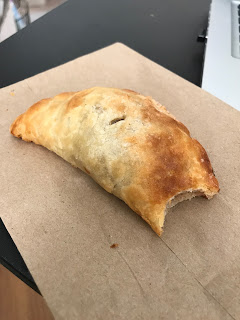 The pie-venture continued on Sunday, at Petee's Pie Company in the Lower East Side, right by the Tenement Museum (which is some place else I wanna go soon!). I got the blueberry with crumb topping, although if they'd had the lemon poppyseed chess, I was interested in trying that. 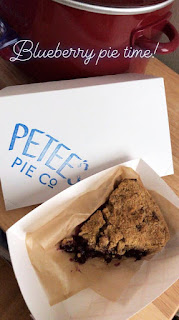 It was so good, y'all. I like blueberry pie that uses small blueberries, and they were so dainty and sweet.

Finally, on Monday on my lunch break, I walked across town to The Little Pie Company, which is in Hell's Kitchen. They had four varieties I wanted to try, and I was able to get slices of two: the pear apple crumb and the sour cream apple walnut. 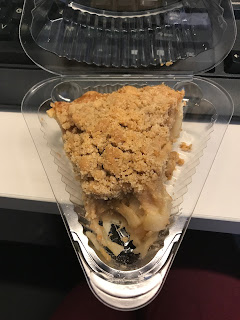 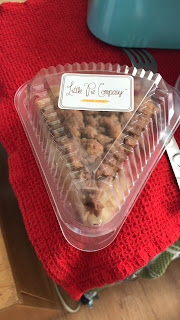 None of them were bad slices at all! This is just my preference for the ones I tried.


2. I also had the opportunity to go back to Doughnut Plant for the first time since this summer. I really wanted to try one of their dough-flowers, but they didn't have those, so I got the Brooklyn Blackout donut (SO good) and the Meyer lemon and poppyseed yeast donut (saved it for breakfast this morning).

1. Sarah and I went to see Kiss Me, Kate this past Saturday. It was fun and really well done! 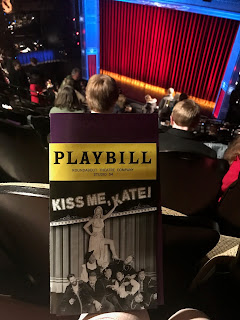 1. On my Great Pie Adventure, I walked around parts of Brooklyn I hadn't seen before. I found out there's a Doughnut Plant location right by a stop on the 2/3 line (this is a is very dangerous discovery, because I will go there too often), and a Little Cupcake Bakeshop location not far from Daly Pie. I got to see parts of my city that felt a lot more local and less Big City Tourist Central-ish, if that makes sense.
2. Got to see another branch of the NYPL that is more conveniently located along a train line for me to pick up my book holds.
3. Saw a teeny bit of Astoria, Queens while going to the event mentioned above. It felt very different from what I've seen of Brooklyn and Manhattan, although that might be mainly because this was one of the areas where the train line is above ground!


How was your March?
Posted by Emma at 12:00 AM
Email ThisBlogThis!Share to TwitterShare to FacebookShare to Pinterest