Interview with Paula Stokes, Author of The Art of Lainey 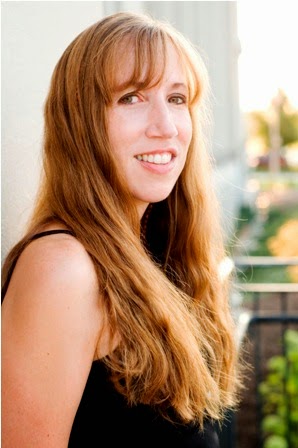 Paula Stokes is half writer, half RN, and totally thrilled to be part of the world of YA literature. She grew up in St. Louis, Missouri where she graduated from Washington University and the Goldfarb School of Nursing. When she's not writing, she's kayaking, hiking, reading, or seeking out new adventures in faraway lands. Paula loves interacting with readers! Find her online atwww.authorpaulastokes.com or on twitter as @pstokesbooks.

She's the author of this book: 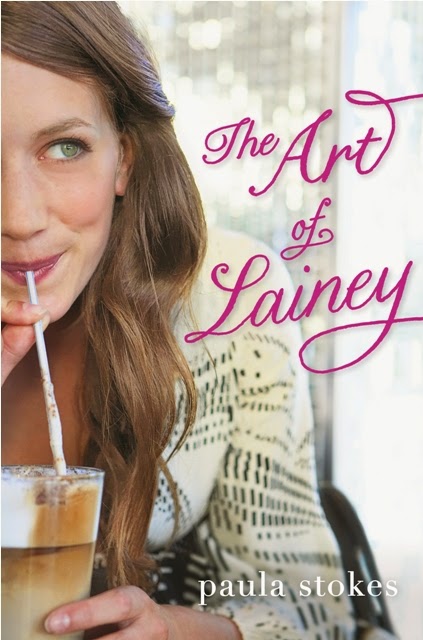 Soccer-star Lainey Mitchell is gearing up to spend an epic summer with her amazing boyfriend, Jason, when he suddenly breaks up with her—no reasons, no warning, and in public no less! Lainey is more than crushed, but with help from her friend Bianca, she resolves to do whatever it takes to get Jason back.

And that’s when the girls stumble across a copy of The Art of War. With just one glance, they're sure they can use the book to lure Jason back into Lainey’s arms. So Lainey channels her inner warlord, recruiting spies to gather intel and persuading her coworker Micah to pose as her new boyfriend to make Jason jealous. After a few "dates", it looks like her plan is going to work!  But now her relationship with Micah is starting to feel like more than just a game.

And I had the honor of interviewing her recently.  Check out what she had to say!

Emma: Your first three books were published under a pen name.  How does it feel to now have a book published under your own name?
Paula: It feels so amazing :-) LAINEY, LIARS, INC., and the four other books I've sold for 2015-2017 are completely my stories, whereas the Eternal Rose trilogy are books that were created in collaboration with Paper Lantern Lit. I think that work-for-hire is a model that can help writers learn to be disciplined and develop their craft, but the feeling of having your own stories out in the world is completely different - scarier, but more rewarding too.

Emma: I know you've said Bianca and Trinity are the characters most like you. Have you ever known someone who was more like Lainey?
Paula: Oh, absolutely. So many of the girls on my soccer team when I was growing up were these gorgeous popular girls and I've known all kinds of people who prioritized superficial things in relationships. I'll be the first to admit that I've dated some guys in the past and stuck it out a little longer than I should have because they were super-attractive or the adult version of popular varsity athletes. There's something really flattering about a guy who I think could date any girl choosing to date me. Like Lainey says--it does make you feel powerful and it is hard to give it up. One thing that always fascinated me is that it was always my most beautiful and popular friends who seemed the most insecure. That's what I was trying to explore with Lainey's character--how even people who appear to be living charmed lives still worry about all the same things as everyone else. When we label people as "jocks" or "mean girls" or even "popular" we risk forgetting about the common threads we all share.

Emma: What do you think readers will find to be Lainey's best quality, despite how polarizing she is?
Paula: Oh, man. I don't think there will be a consensus, or if there is it'll have to be her self-awareness. I guess that's imported from me--I'm very in touch with my faults ;-) One thing that's difficult is that I prefer to write in 1st-person present tense and that creates a narrative closeness where a lot of readers want the POV character to be someone they can emulate from page one. I'm all about the flawed characters so this might continue to be a problem for me--we shall see. Max (in LIARS, INC) isn't nearly as clueless as Lainey, but he's got his own demons and issues to work through so he's definitely flawed too.

Emma: Micah was such an awesome character, and I'm so excited we're getting a novella about him.  What can you say about his novella, INFINITE REPEAT?
Paula: Micah, Micah, Micah! ;-) I'm proud of the novella because it has come so far in just a few drafts. My editor basically wanted a story that took place before THE ART OF LAINEY and filled in some of Micah's backstory. I prefer to write stories that happen over a week or two, not six years, so I incorporated a lot of Micah's past via flashbacks linked to the narrative. I intended for this to be the story of Micah and Amber's breakup, and it is, but it really turned out to be more about Micah and Trinity and how the Foster family tried to heal themselves after Micah's dad was killed. Still not convinced you want to read it? You should know that Micah bakes in this story *swoon* and that it'll be over 100 pages long (27,000+ words) before Harper adds on a LAINEY sampler. That means you're getting fine Micah POV at a rate of less than $.02 per page ;-)

Emma: So I'll be meeting you in a few weeks on the Mighty Mississippi Book Blast tour. Where did the idea for such a tour come from?
Paula: My braaaaaaaaaaaaaaaain ;-) No, okay, so when I did an author tour for my work-for-hire books, it was set up as East Coast and West Coast and I was kind of like "But, but, what about the middle?" It seems like the middle of the country misses out on stuff because so many authors live in places like NYC or LA, and then many of the big conferences end up in those areas too. My author-friend Philip Siegel and I had talked about doing events together in Chicago and St. Louis for our Spring 2014 contemps, and then the events grew into a tour and then we both decided to see how many other authors we could get to join us. [Spoiler: lots! Check out our current lineup at mmbbyatour.tumblr.com.]

Emma: What's your favorite recent YA read?  And on the flip side, are there any upcoming YA books you're excited for?
Paula: I have not been reading nearly as much as I should. I keep buying people's books to support them and then not reading them! #BadPaula The last book that really stands out is DREAMS OF GODS AND MONSTERS by Laini Taylor. In fairness to all other books, that's a really tough act to follow. I'm looking forward to SALT & STONE by Victoria Scott and BLOOD OF MY BLOOD by Barry Lyga.

Emma: Signature question time: what's your favorite fairytale?
Paula: THIS IS SUCH A GOOD QUESTION! I feel like this response should reveal a guarded secret about me and I'm wondering what it means that no immediate answer pops into my brain. #GuardedPaula Okay, after thinking about it, I've decided the fairytales I mostly know of are very traditional "handsome prince saves damsel and they go get married" stories. Not to say all fairytales are like this, of course. Just that I have only a limited exposure to them and none of the ones I know really appeal to me. So instead I will pick my fave Disney movie: Lilo and Stitch. I saw that on a plane a few years back and bawled like a baby!

Thanks so much for the interview, Paula!  Can't wait to see you in a few weeks!  And if any of you are in the Midwest, definitely check to see if one of the Mighty Mississippi Book Blast stops is near you!  You can learn more about Paula at the following links: