Yesterday was my birthday, and I had a great day.  I got to go to an author event!  It was, as the title of this post says, the Mighty Mississippi Book Blast.  I've been looking forward to this author event for months, and it was, well, a blast. (Pun intended.)  Of course, I almost didn't make it (car troubles), but I got there with 15 minutes to spare.

I recorded the event, but I can't remember what each author sounded like exactly (except Philip, lol) and the recording is slightly muffled, so this isn't going to be a perfect transcription.

First, they started off telling us about themselves and their books.  Bethany Crandell was first and she immediately said, "I'm not comfortable speaking in microphones," and the way she said it was quite funny.  She's the author of Summer on the Short Bus, which she termed a very politically incorrect story (and she said the cover is made out of kitten paws because it's so soft).  Next was Lindsay Cummings, the author of The Murder Complex which is set in a futuristic Florida Everglades where the murder rate is higher than the birth rate.  A.G. Howard was up next; she's the author of the Splintered trilogy, which is an awesome Alice in Wonderland retelling.  Lynne Matson was next in the row, and let me just say, she has the prettiest voice.  She wrote Nil, a story about teens on a deserted island, and they have a year to escape or they die.  Next was Whitney Miller; her book is The Violet Hour and it's about the daughter of a cult leader and there's a voice in her head, commanding her to kill.  Sixth in the line was A. Lynden Rolland; she wrote Of Breakable Things, the story of a girl who is dead on page one.  The last two authors were Philip Siegel (author of The Break-Up Artist, a fun contemporary about a teen girl who breaks up couples as her job) and Paula Stokes (the awesome author of The Art of Lainey; it's about a soccer-playing teenage girl whose boyfriend breaks up with her, so she uses The Art of War to try and win him back).  When Philip first took the mic, he pointed out how blonde the first six authors were (physically, not mentally). 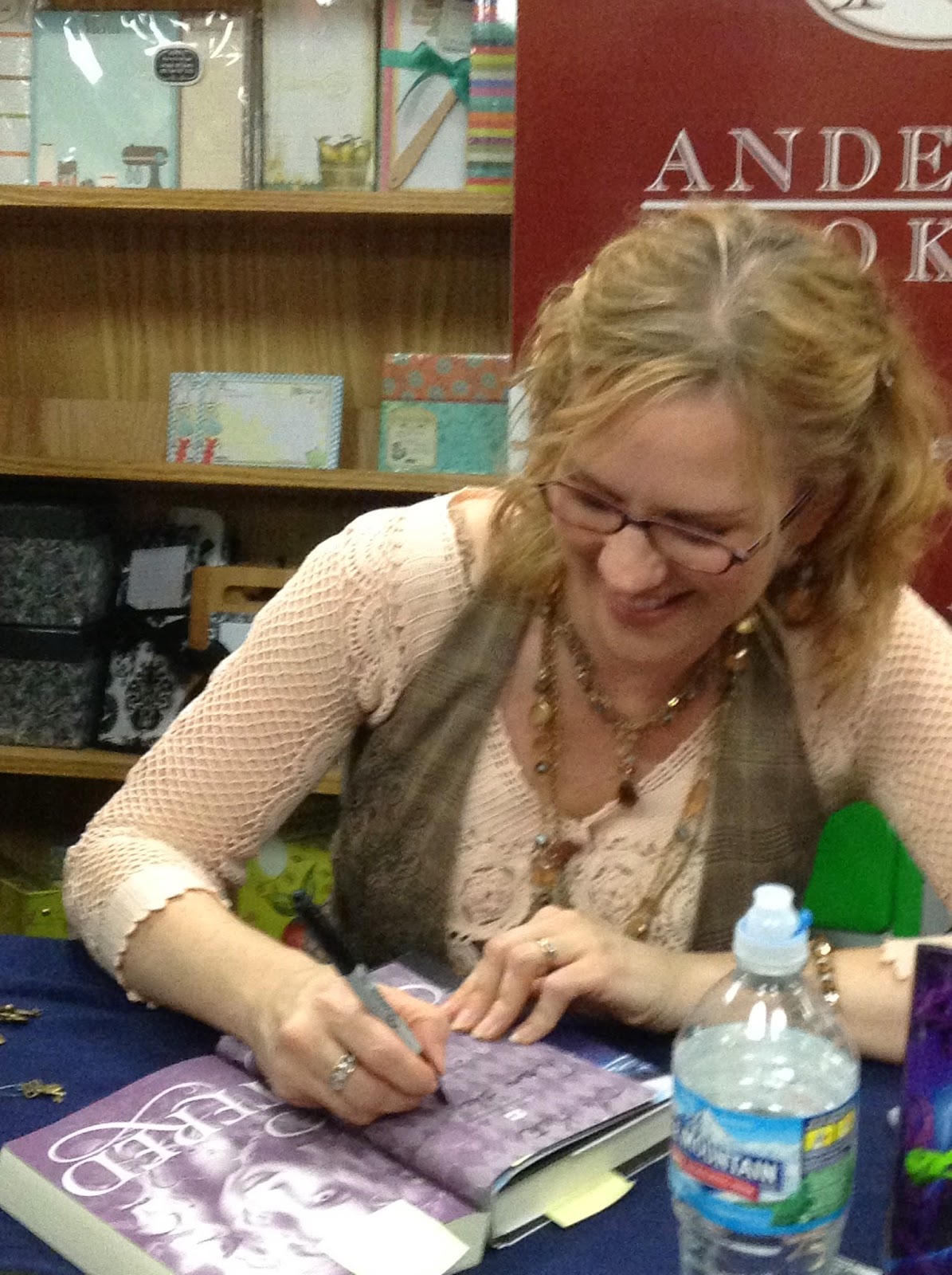 Q1: Why the Mighty Mississippi Book Blast (like where did the name come from), and who had the idea for the tour?
Paula started telling us the idea, and then Lindsay's phone went off with the whistle from The Hunger Games (and several of were seriously tempted to jump up and shout, "I volunteer as tribute!).  Paula continued and said she toured as Fiona Paul, but her publisher only sent her to the East and West Coasts and her response was, "What about the middle?  People read there!"  And apparently Philip came up with the name.

Q2: Do any of you want to change something in one of your books?
A.G. Howard said she'd make sure to describe Morpheus's wings in the book.  Amy (A. Lynden) says she would've loved to put the sole living character in the first book more, but then she withdrew her answer since the girl is in the sequel a lot.  Philip said he'd be more careful of pop culture references, and Bethany said she'd probably do the same, since the lead guy in her book is supposed to be a doppelganger for Zac Efron. Then someone said, "Well, write what you know."  Lindsay was quick to say she's not a murderer, and A.G. Howard said she's never been to Wonderland.  Paula says she might've made Lainey just a bit more likable, in that Lainey would've been less about getting back toether with Jason for popularity and more because she just really loved him.  She also said she might add more Micah (and then she shamelessly plugged the upcoming novella from his POV).  And then Whitney said she'd liked to have shown more of the cult.  She followed that by saying, with a completely straight face, she was thinking of starting her own cult and she was recruiting all of us. 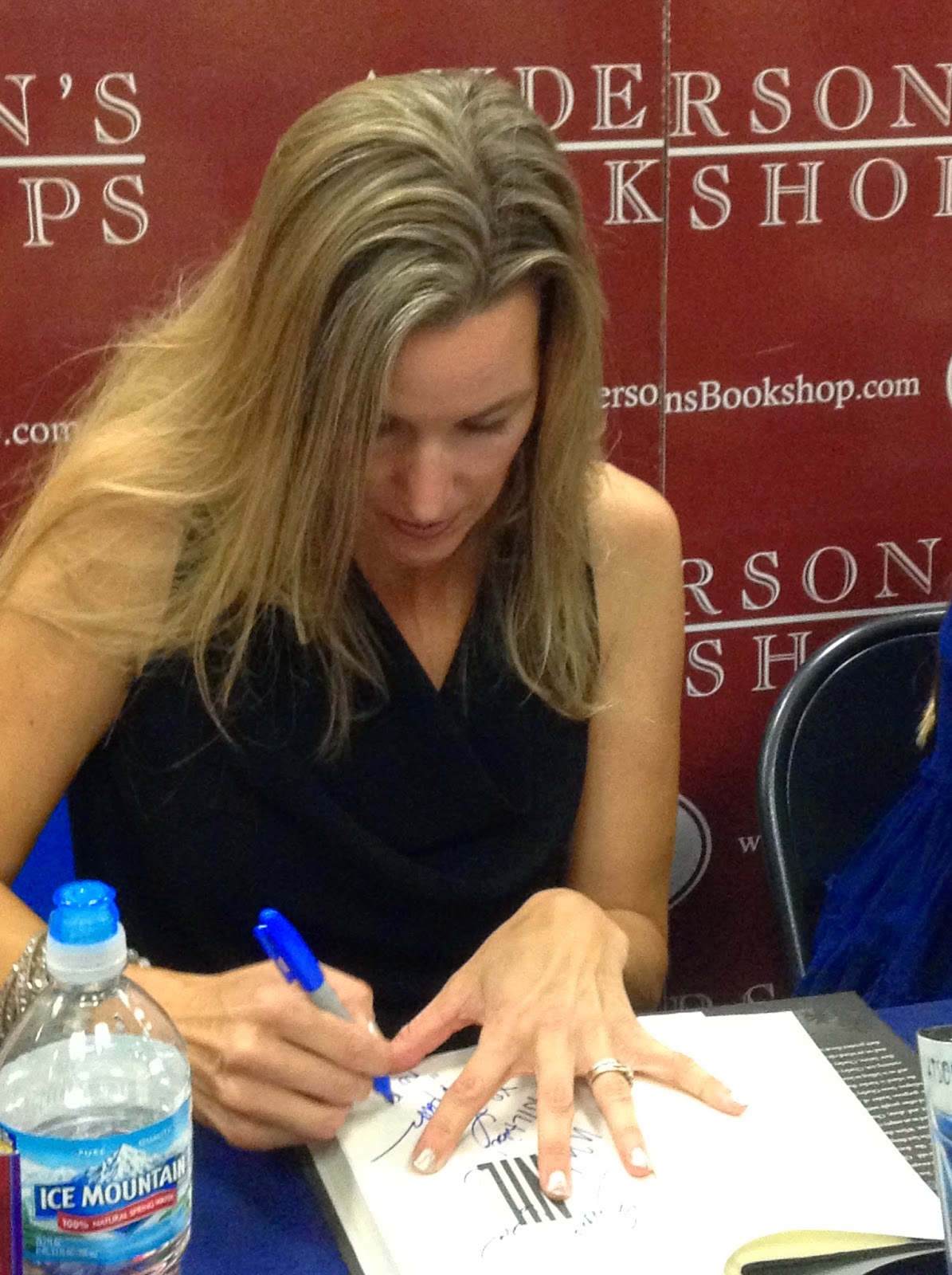 Q3: Did you guys have any say when it came to choosing your book cover?
Lindsay started off by saying that, on the first cover of her book, the girl looked like a prostitute.  Lynne said it's surprising how little say you get, besides perhaps the creative consultation clause.  The original cover for Nil had a row of silhouetted people, and one was clearly wearing stilettos, so she vetoed that.  A.G. Howard talked about how cover design actually works (which was definitely cool), and she talked about each of the covers in the Splintered trilogy - Alyssa had to be roughed up just a little, Morpheus's face had to be changed so he didn't look so much like Edward Cullen, and Jed originally looked like a member of a boy band.  Philip was very happy with his cover, and Harlequin asked what he'd like to see on it.  He told them just two things: no pink, and he wanted it to be illustrated.  (He said he basically wanted the cover of Meant to Be by Lauren Morrill.)  Bethany talked about the original cover for her book, and she didn't like it, so she sent her publisher a rough drawing and they actually wanted to use hers.  She vetoed that quickly, but they had an artist do a (according to her) much better rendition of her drawing.  Lindsay brought up her middle grade book and how they'll usually pull an image straight from the book when it comes to middle grade covers.

Characters were discussed.  A.G. Howard loves Morpheus, but she was quick to clarify that her love for him doesn't necessarily mean Alyssa chooses him.  Philip enjoyed writing Val, especially her interactions with Becca.  Lindsay said her characters are like her children, so she can't pick a favorite.  Bethany likes Claire and Quinn.  Paula would hang out with Micah, but she said she's most like Trinity.  Amy said she liked writing Jonas best.  Whitney said the best friend is her favorite.

Then they wrapped things up, and we moved the chairs and started the signing lines.  It was waaayyyy less chaotic than Dark Days (still plenty of people, but way fewer).  I think the longest line we were in was for A.G. Howard with Lindsay being a close second (I was second in line for Paula, so I can't say how long hers ended up being).  Paula made sure we got tons of swag, and A.G. Howard was nice enough to sign a friend's artwork.  Also, Philip asked if I was a reader or writer, and I said reader, writer, and blogger. I told him my blog name, and he thought it was cool.  And then Lindsay and Bethany said I was adorable and they loved my necklace, dress, and hair. (Hair was courtesy of Kate.  I keep her for her hairstyling and baking skills.) 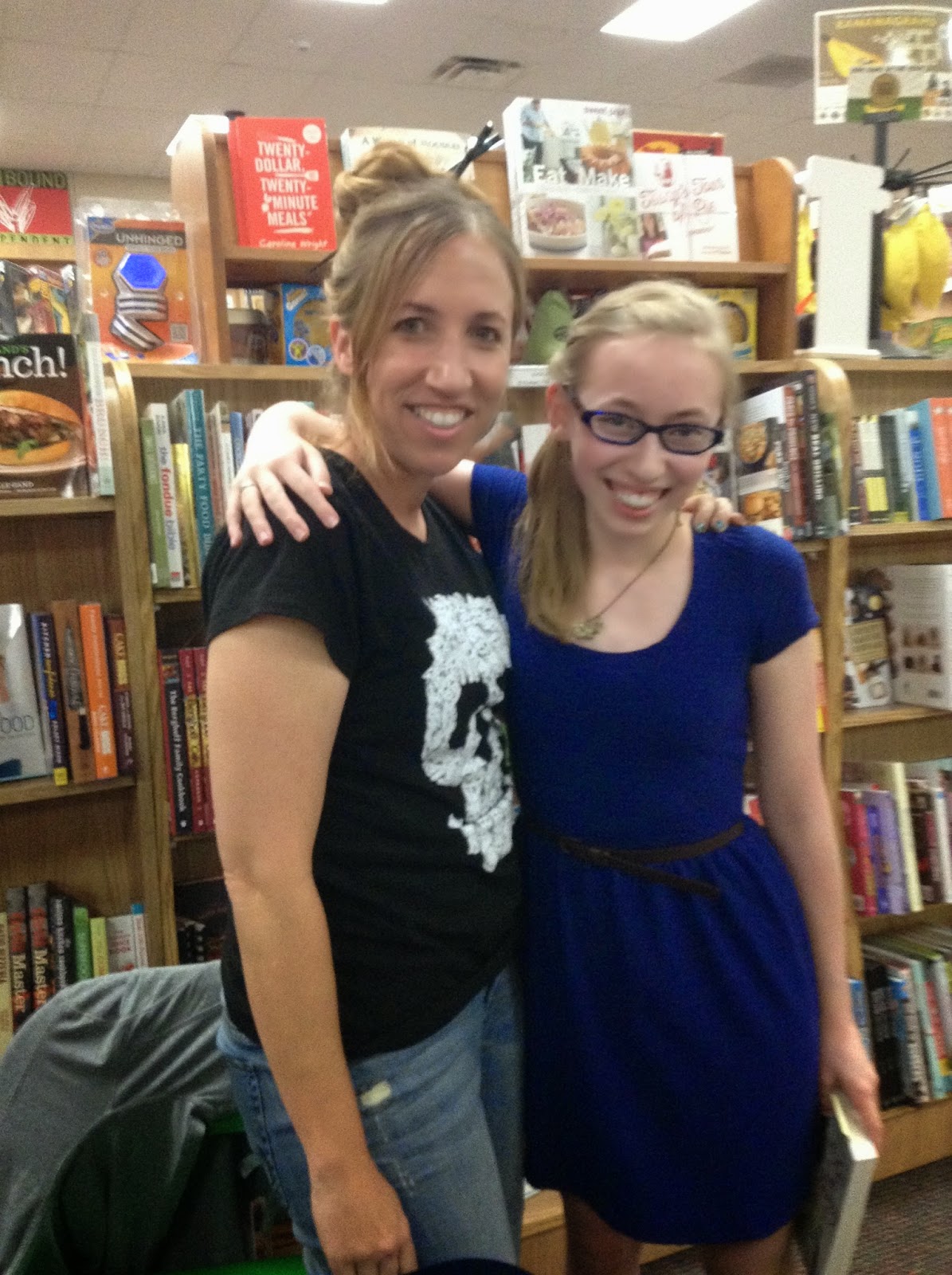 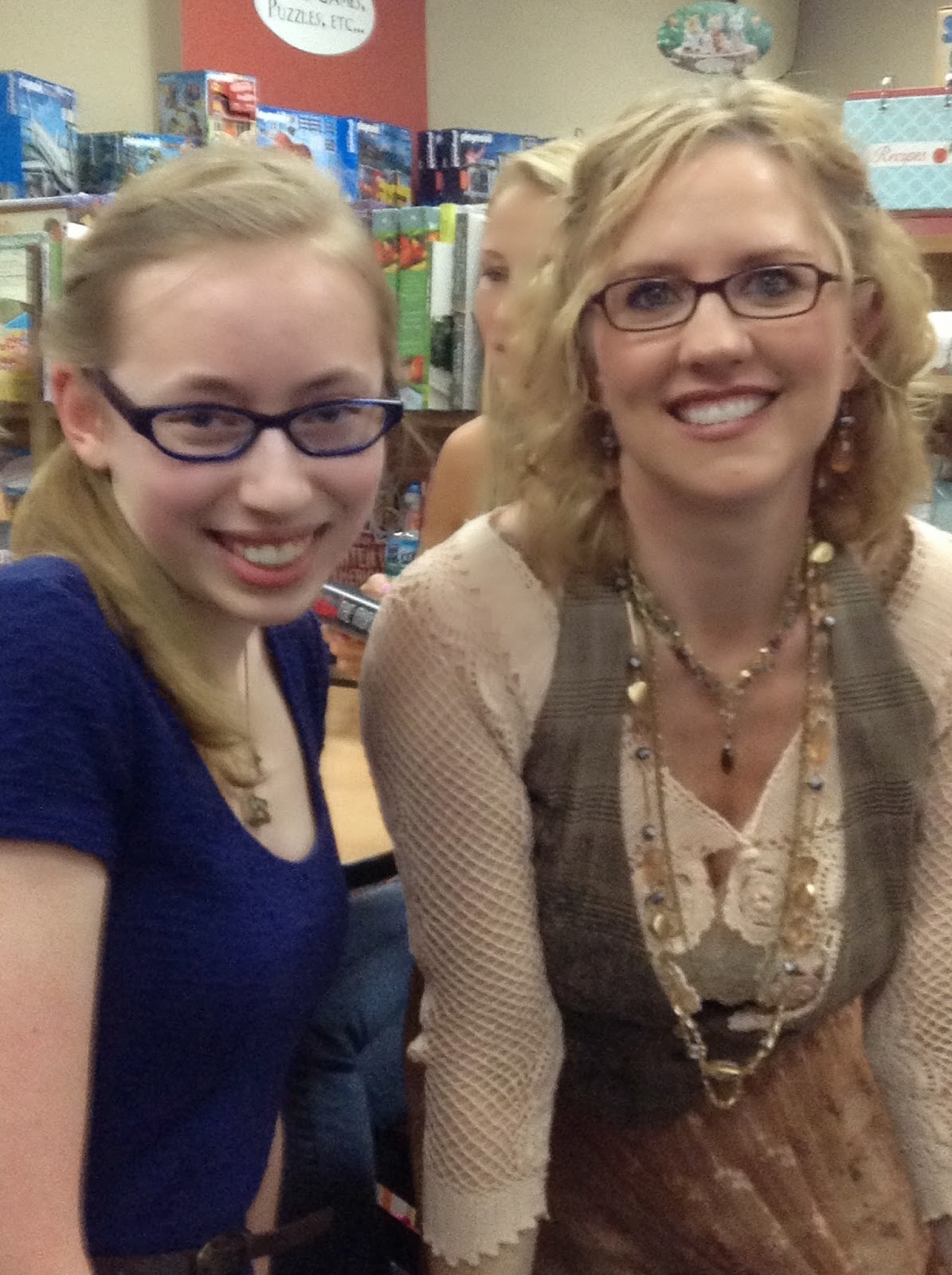 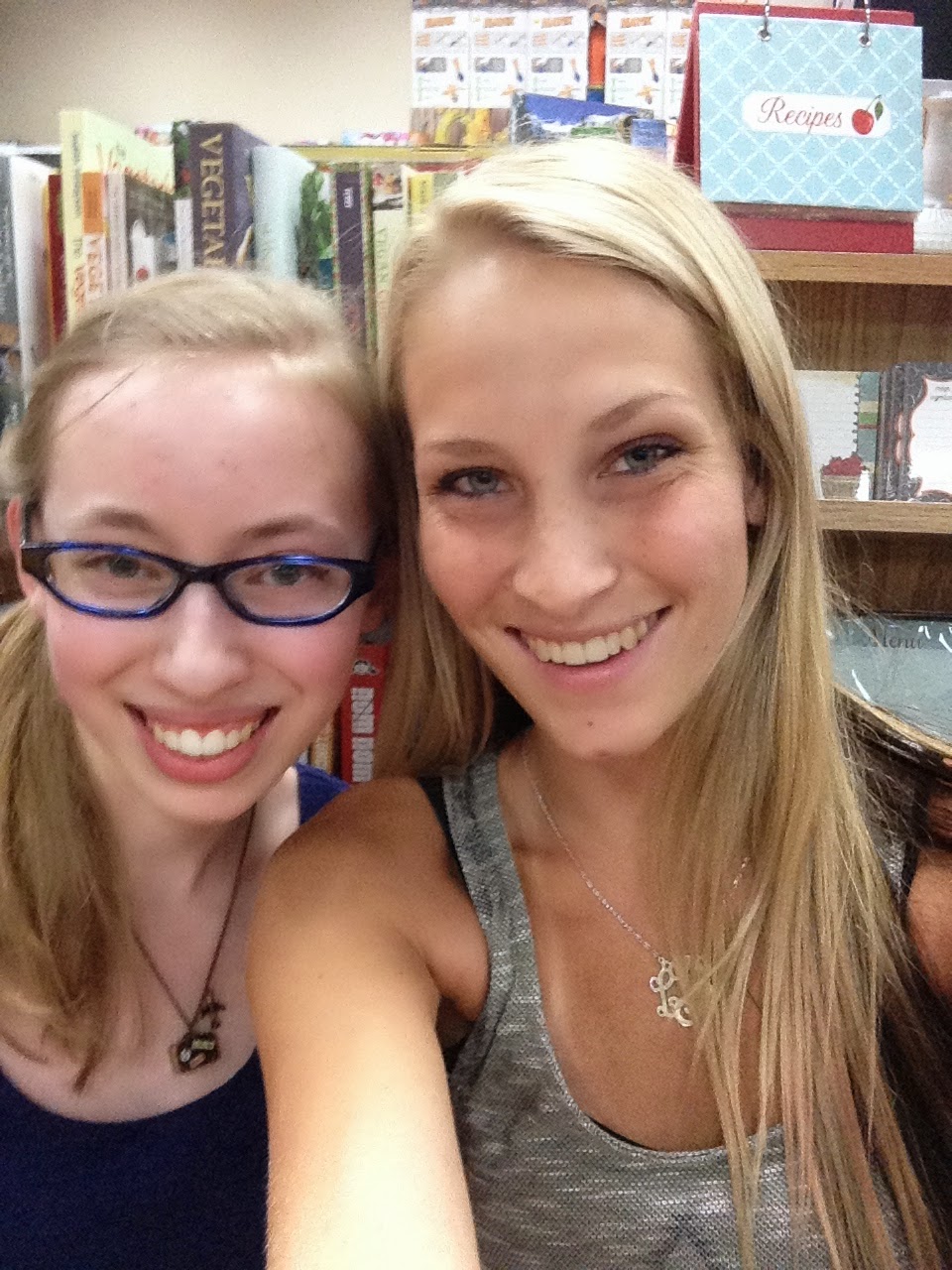 (I took a selfie with Lindsay. :D)
Posted by Emma at 7:31 PM
Email ThisBlogThis!Share to TwitterShare to FacebookShare to Pinterest