I am so psyched for the revival episodes to hit Netflix tomorrow, although I don't know how fast I'm going to be able to watch them since my mom and I have to go shop for a new phone for me... Anyways, I decided now would be a good time to list my favorite episodes from every season of Gilmore Girls.

I love the contrast between the two parties and how it feels to have Richard and Emily enter the girls' Stars Hollow world.

The classic "thank you" after a first kiss moment.


SEASON TWO
(Season two is my favorite, so get ready for a lot of episodes...)

Anyone who knows me knows I'm firmly Team Jess, so his introduction is a classic episode. 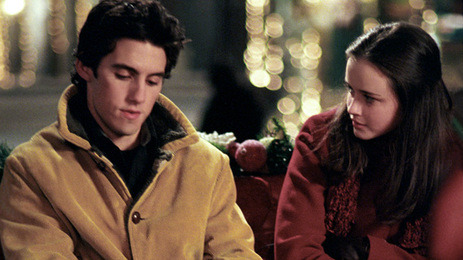 There's just something so enchanting about the setting and the atmosphere. (Plus, SHIP.)

MY SHIP IS PRACTICALLY SAILING. (Dean needs to take a chill pill, though.) Also on the ship radar are Sookie and Jackson (so many heart eyes for them) and a brief moment for Luke and Lorelai.

I love how this episode starts to build Paris and Rory's friendship and continues to build my Jess-Rory ship.


I Can't Get Started
Literally all the messes. Rory is an idiot about boys as usual but at least this finally happens:

They Shoot Gilmores, Don't They? Dance marathon! Kirk is a dweeb. Dean and Rory are finally over. Good times all around.


A Deep-Fried Korean Thanksgiving
There's just something about the eccentricity of the various Thanksgivings that enchants me.

Those Are Strings, Pinocchio

The better of the two graduation episodes.

The Lorelais' First Day at Yale
It's not even set on Rory's first day of classes, but it's so good. I may have rewatched it the night before I started my junior year of college in August...

The Festival of Living Art

The wackiness of Stars Hollow is on display in a lot of episodes, but this is by far one of my favorites. 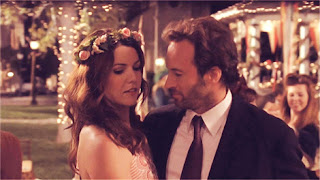 That pterodactyl screech you hear is me. Also the Dragonfly Inn opens, which is something the series has been moving towards since season one.

Written in the Stars

Luke is all in.

Wedding Bell Blues
So of course I hate Christopher in this episode (what episode do I not hate Christopher in?), but I love Richard and Emily at their vow renewal, and this is one of the few episodes when I really enjoy Logan with Rory.

Let Me Hear Your Balalaikas Ringing Out
Jess is back, so... Plus he's the only one talking sense into Rory.

The Real Paul Anka
More Jess. Rory being a bit of an idiot as usual like she has been for most of this season. 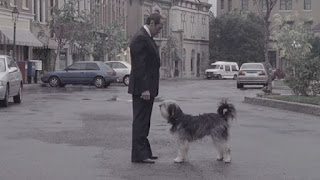 SEASON SEVEN
(Let's be honest, this whole season was a disaster. Except for...)

Bon Voyage
Don't mind me, I'm just weeping over Richard telling Lorelai how proud he is of her and Emily saying, "It's not as though the two of you are saying goodbye," but really, he was saying goodbye to us.

So those are my favorite episodes of one of my favorite shows ever. Now get ready to binge A Year in the Life.
Posted by Emma at 12:00 AM
Email ThisBlogThis!Share to TwitterShare to FacebookShare to Pinterest