Hello, all! If you remember, I said in this post that I'd continue my recount of my trip to Quebec. In this post, I'll cover our two and a half days in Quebec City, which I ended up loving even more than Montreal. I loved the feel of the old part of the city, and I loved the restaurants and shops and the weather (although I would not want to live there in the winter).

July 19th
We took a train from Montreal to QC, which was fun. Then we headed down to the Musee de la civilisation before coming back up to Rue Saint-Jean for dinner. Every night, they close down a good stretch of the rue to cars, so it made the crowds much more manageable. QC already felt like a city in Europe, and I loved that feel. 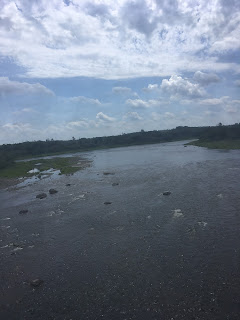 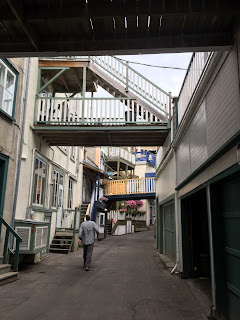 Technically this was a street, but it felt almost like an alleyway, lol. 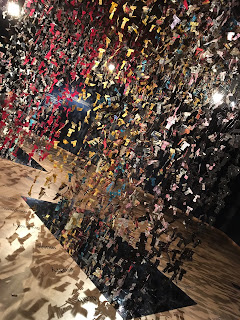 An art piece at the museum themed around First Nations people. 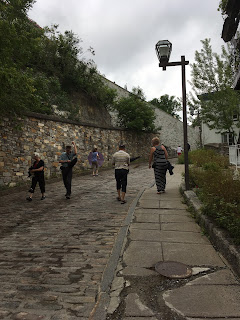 Not sure you can see it, but the hill down to (and back up from) the lower part of the city was STEEP. 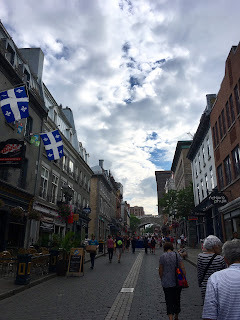 July 20th
We got breakfast at a crepe place just around the corner from our hotel and then headed to Chateau Frontenac, a big hotel right on the cliffside overlooking the lower city. Along the boardwalk, though, are stairs down to Forts-Saint-Louis, an archaeological site. We opted for a guided tour, which was informative and fun. After that, we went back to the hotel to rest for a couple hours because that afternoon, we were going on...a 2.5-hour food tour. :D Our guide was a hoot, and thanks to her, I now have an idea for a YA historical fiction novel that I'm filing away for later. We had a late dinner at an Italian place and strolled around Rue Saint-Jean for a bit, although it rained, dampening the experience. (Pun unintentional.) 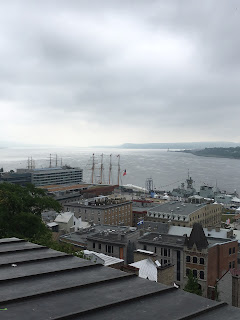 It was very cloudy in the morning, which made for dreary pictures of the river. D: 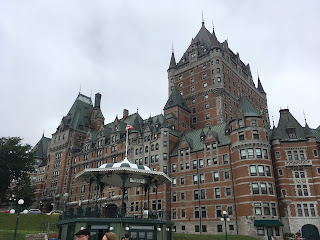 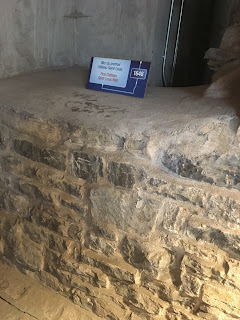 The sign says "First Chateau Saint Louis Wall - 1648." It was surreal to stand by walls that were hundreds of years old. 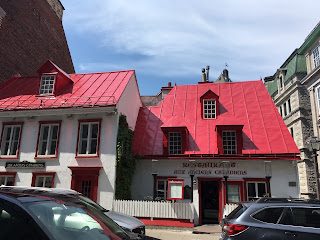 Pretty sure our tour guide said this was the oldest house in QC. 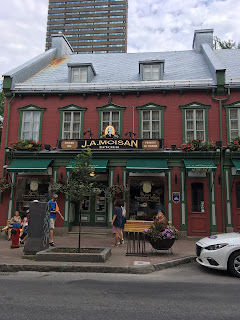 The oldest grocery store in QC. 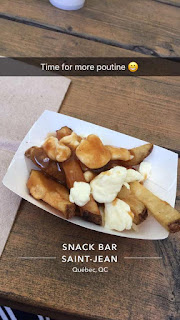 I liked this poutine better than the plate we had in Montreal. 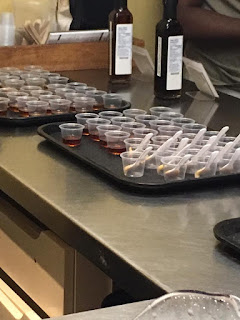 Of course we tried maple syrup and other maple goodies.

July 21st
Last day in QC. D: We started the morning right, with breakfast at Paillard. I got chocolat chaud, a brioche au chocolat, and a sugar flower, and let me tell you - I would eat Paillard brioche au chocolat every morning for breakfast if I could. It was SO GOOD. Then we slowly made our way up to the Citadelle, which is still an active military base (and it's also where the queen of England would stay, if she came to visit Quebec). The governor-general of Canada made an unannounced visit to his residence there, which caused for some excitement. Then in the afternoon, we took the funicular down to the lower city. The Petit-Champlain district is charming (although a bit overrun with tourists). Then we returned to Rue Saint-Jean for our last dinner in QC. :( 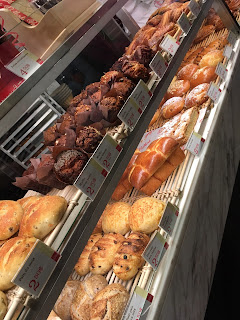 Yes, who do I need to contact to get a Paillard boulangerie/cafe in Virginia, because I need my brioche and pastries every morning? 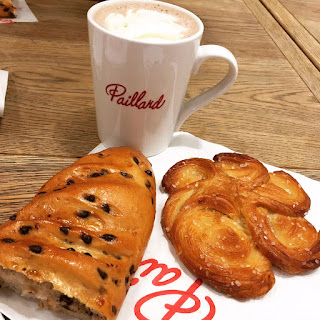 I can't stop thinking about that brioche. 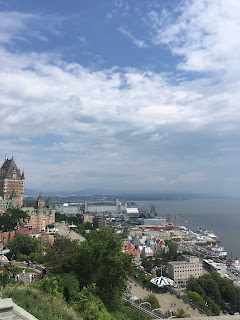 Views from the Citadelle. 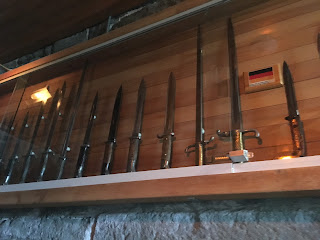 More knives/daggers because wow, they're beautiful. 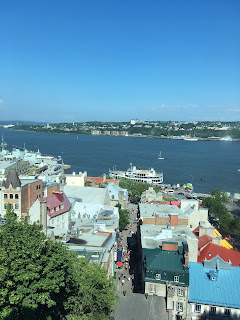 View from the funicular. 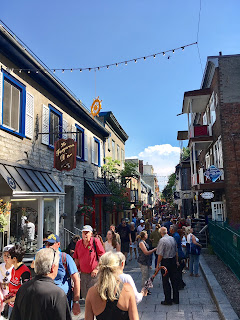 Those crowds though. :P 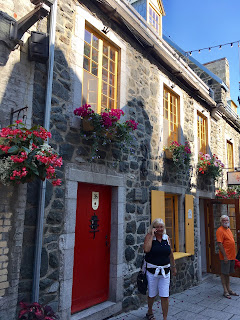 This lady stood there for, like, five minutes and I just wanted a picture of the pretty building, but now she's in it too. 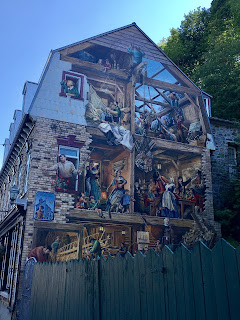 One of two gorgeous murals we saw painted on the sides of buildings. 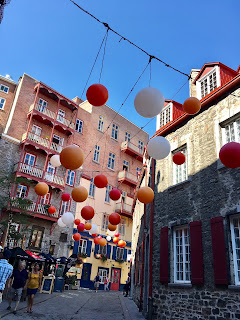 I'm ready to go back to QC already. I wish we'd had one more day there, just to thoroughly explore the old part of the city, get more poutine at the snack bar, and visit Montmorency Falls outside of the city. We also intended to go to the Maison de la litterature while we were in QC, but we rearranged parts of the schedule and then forgot to go on Friday in our free time. :( But overall, it was a great trip, despite me struggling with the language...even though I've had four years of French. Hopefully the next time I go, I'll be more fluent!
Posted by Emma at 12:00 AM
Email ThisBlogThis!Share to TwitterShare to FacebookShare to Pinterest