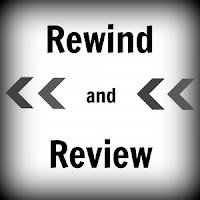 ~The first week of classes was not fun. It was good to catch up with people, but wow, this semester is going to be a lot of work.
~I can't do the practicum I wanted to do. Instead I'm stuck with something I'm concerned won't actually benefit me in the long run.
~WE'RE FINALLY GETTING A NEW TAYLOR SWIFT ALBUM. Y'ALL CAN'T FATHOM HOW EXCITED I AM.
~Had my first official archery classes. The first one was discouraging, but the second one went much better even though I didn't ever hit within the actual target, haha.

Books I Read
Murder, Magic, and What We Wore by Kelly Jones
Jane, Unlimited by Kristin Cashore
Maybe in Paris by Rebecca Christiansen (1 star)
Tash Hearts Tolstoy (reread)
If Birds Fly Back by Carlie Sorosiak (3 stars)
Eliza and Her Monsters by Francesca Zappia (reread)
Invictus by Ryan Graudin
The Hate U Give by Angie Thomas (reread)
Someone Else's Summer by Rachel Bateman (4 stars)
The Ends of the World by Maggie Hall (3 stars)