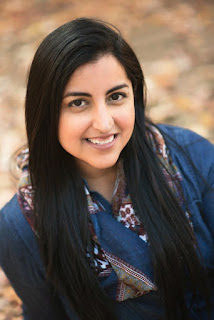 Aisha Saeed also wrote Written in the Stars, and is a Pakistani-American writer, teacher, and attorney. She has been featured on MTV, the Huffington Post, NBC and the BBC, and her writings have appeared in publications including the journal ALAN and the Orlando Sentinel. As one of the founding members of the much talked about We Need Diverse Books Campaign, she is helping change the conversation about diverse books. Aisha lives in Atlanta, Georgia, with her husband and sons.

Life is quiet and ordinary in Amal's Pakistani village, but she had no complaints, and besides, she's busy pursuing her dream of becoming a teacher one day. Her dreams are temporarily dashed when--as the eldest daughter--she must stay home from school to take care of her siblings. Amal is upset, but she doesn't lose hope and finds ways to continue learning. Then the unimaginable happens--after an accidental run-in with the son of her village's corrupt landlord, Amal must work as his family's servant to pay off her own family's debt.

Life at the opulent Khan estate is full of heartbreak and struggle for Amal--especially when she inadvertently makes an enemy of a girl named Nabila. Most troubling, though, is Amal's growing awareness of the Khans' nefarious dealings. When it becomes clear just how far they will go to protect their interests, Amal realizes she will have to find a way to work with others if they are ever to exact change in a cruel status quo, and if Amal is ever to achieve her dreams.

Amal Unbound is the perfect middle grade book. Although the writing style was a bit simplistic for me, I'm sure readers of the proper age range will find it smooth and engaging. And although the book is short, there is still time for character development and plot movement. Amal is the eldest of five daughters, and she loves to learn. Her younger sister is the smartest daughter, but they both like school, and I think young readers will find it encouraging to have a main character who isn't the smartest but is still capable and eager to learn.
There are so many different character dynamics since there's a fair-sized cast of side characters. I especially liked how Nasreen wasn't so black or white; she has an interesting past, and she is kind and fair to Amal, but she also favors her son, who is clearly not a great person. I also really appreciated that Amal's parents seemed to truly have a good relationship. The one character I struggled with was Omar; he felt underutilized and not as well-written as the other characters.
The themes of literacy and learning are good. There are also some subtle social justice themes that are written at a good level for young readers. Nothing is preachy.

The Rest of the Tour

WEEK THREE
May 14 – Cracking the Cover
May 15 – YA Books Central
May 16 – The Grey Duchess
May 17 – Just Add a Word
May 18 – Happy Book Lovers
Posted by Emma at 12:00 AM
Email ThisBlogThis!Share to TwitterShare to FacebookShare to Pinterest