I was fortunate enough to see a BUNCH of musicals when I lived in New York, and while I mentioned all of them, I realized I never did a round-up of my favorites. So that's what this post is all about. In no particular order, here are my seven favorite Broadway musicals...plus four I wish I could've seen. 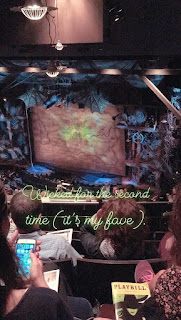 I kind of knew I'd like Wicked, but I got literal chills the first time I saw it. When $50 tickets were available again, I jumped at the chance to see it a second time. And I would've seen it half a dozen more times if I could've. It's on my bucket list to see this show from orchestra seats someday, although at this point, I'd also take front mezzanine because I've always been in the rear.

2. Once on This Island

I think a lot of my love for this show stems from the fact that I got blessed with a front row seat, and for a show that was done in a theater in the round...that's pretty incredible. My feet rested on sand the whole night. 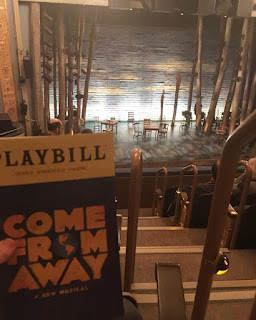 Cried like a baby for a good chunk of the show, oops. I love how much they do with such a small cast. 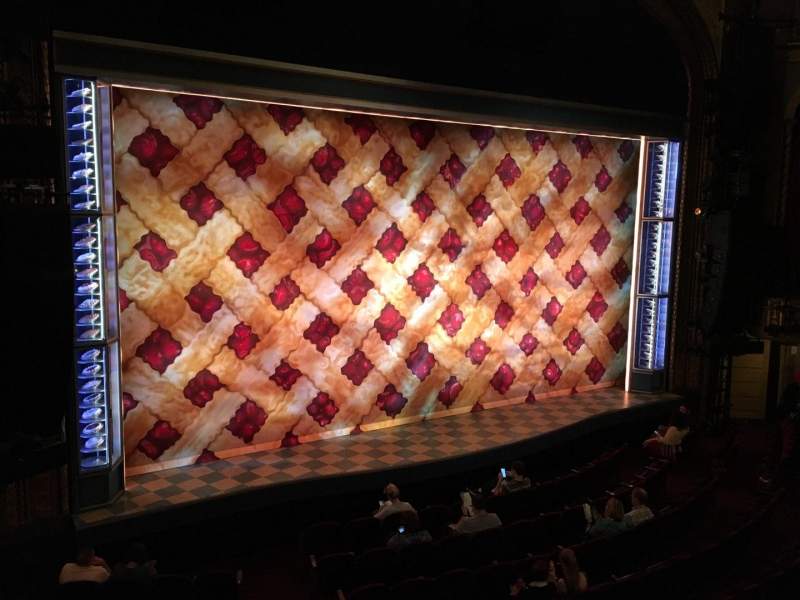 I mean...I saw it three times. I'm a sucker for pie and good vocals and vaguely pop songs. Plus, I got to see some incredible talent each time: Katharine McPhee and Erich Bergen, Nicolette Robinson, and Shoshanna Bean and Jeremy Jordan.
Also, get the souvenir mini pies, even though they cost more than a slice of pie at your average bakery.

Probably partly influenced by our orchestra seats, but seeing Hello, Dolly! a few weeks before its revival run ended was incredible. Donna Murphy killed it.

I saw this one twice - once when my parents and I visited the city, and then a second time when Melissa Benoist did a stint as Carole. The music is great, but it's definitely a show geared towards teens and older just because it's a little slower.

7. Cinderella
Technically, I saw this when it toured here in Virginia, but it still counts! I've loved the latest Cinderella revival since I learned of it. Santino Fontana and Laura Osnes were all I could talk about for years, and I love that Keke Palmer got to play Cinderella for awhile, too. Also, the costume changes are magical.

Honorable mention: Phantom of the Opera
GREAT music, but the story confused me a bit and felt rushed in places.

Honorable mention: The Lion King
The staging of this is incredible, but most of the music wasn't quite memorable enough for me.

The Ones I Didn't See

Hamilton
I entered the lottery every single day I knew I could go, but I never won. :(

Les Miserables
The latest Broadway run closed two years before I even moved to New York, but I still regret that I've never seen it, even on tour.

Mamma Mia
This one falls under the same category as Les Mis, in that it closed years before I moved to the city. I also didn't know how much I loved the movie version until last summer. Alas.

Natasha, Pierre & The Great Comet of 1812
Theater fans raved about this one, but it also closed before I moved to NYC...although it was only five months before I visited (and nine before my internship started). I'm having to content myself with the cast recording and short video snippets.

Have you seen any musicals on Broadway? What were your favorites? Or which ones are you dying to see?
Posted by Emma at 12:00 AM
Email ThisBlogThis!Share to TwitterShare to FacebookShare to Pinterest