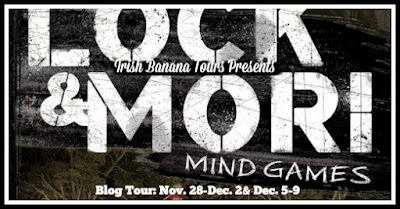 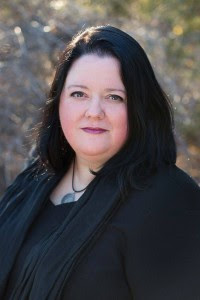 Heather Petty has been obsessed with mysteries since she was twelve, which is when she decided that stories about murders in London drawing rooms and English seaside villages were far superior to all other stories. She is the author of the Lock & Mori series. She lives in Reno, Nevada, with her husband, daughter, and four hopelessly devious cats. You can visit her online at HeatherWPetty.com. 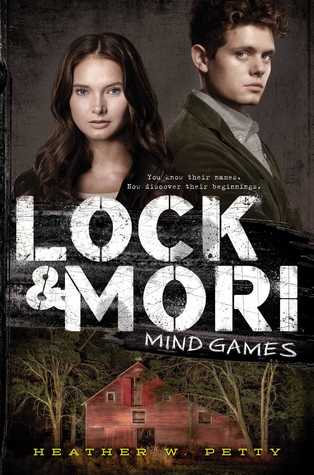 Mind Games by Heather W. Petty
You know their names. Now discover their beginnings.
Mori’s abusive father is behind bars…and she has never felt less safe. Threatening letters have started appearing on her doorstep, and the police are receiving anonymous tips suggesting that Mori—not her father—is the Regent’s Park killer. To make matters worse, the police are beginning to believe them.
Through it all, Lock—frustrating, brilliant, gorgeous Lock—is by her side. The two of them set out to discover who is framing Mori, but in a city full of suspects, the task is easier said than done. With the clock ticking, Mori will discover just how far she is willing to go to make sure that justice is served, and no one—not even Lock—will be able to stop her.

Emma: Why did you decide that Moriarty would be female in your interpretation of the Sherlock legend?
Heather: Once I thought of the possibility, I fell in love with the idea of creating a female villain who used her intelligence instead of her sexuality to get what she wants. I also loved the idea of flipping the Bad Boy/Good Girl trope to tell a Bad Girl/Good Boy story.

E: What other classic works of literature would you love to retell - or see retold by another YA author?
H: This is a rough question, because there are so many quality adaptations that exist already, and there is probably an amazing book that has retold any classic I can name. But I think, rather than another retelling of a classic, it would be awesome to see more YA adaptations of folktales and mythology that never make it onto curriculum reading lists, like Ellen Oh’s PROPHECY, Cindy Pon’s SILVER PHOENIX, or Zoraida Córdova’s LABYRINTH LOST. America is filled with so many rich and inventive cultural traditions, it would be a shame to limit ourselves to only those stories with which we are already familiar.

E: What was your favorite part of writing MIND GAMES?
H: I really love Alice’s character, and she plays such a large role in MIND GAMES that I got to explore more about her and reveal more of her past and how that connects to Mori’s mother.

E: How has your experience as a sophomore author differed from your experience as a debut author?
H: It’s a different headspace, for sure. I knew more about the process, but there’s also a different kind of pressure. I really want every book to be better than the last and for the story to progress in the best way possible. And the second book in a series is all written on deadline from word one, which adds more pressure. But even when I was my most stressed, I was still so excited to have the opportunity to do what I love and to be able to keep telling this story. Putting MIND GAMES out into the world still feels as amazing as it did the first time with LOCK & MORI.

E: If you could create Lock and Mori teas, what would they smell like?
H: My obsession while I wrote MIND GAMES was Earl Grey with Vanilla and steamed milk. That tea will probably always remind me of the book.

E: What would Mori and Lock eat for their last meals?
H: Neither of them are too focused on food. Sherlock would probably eat whatever Mrs. Hudson brought to him at the prison. And I could see Mori refusing to eat anything.

E: Are there any other recent YA releases you've loved?
H: I recently ready Adam Silvera’s HISTORY IS ALL YOU LEFT ME, which destroyed me in the best way possible. It’s a gorgeous book. I was also blown away by Kerry Kletter’s THE FIRST TIME SHE DROWNED.
Right now I’m reading TINY PRETTY THINGS by Sona Charaipotra and Dhonielle Clayton. I haven’t had a lot of reading time lately, which has made me read the book slowly, and I’m loving how visceral and real the characters feel. The authors also did an amazing job of making me fall in love with the characters, even when they aren’t all acting very likeable all the time. I’m still rooting for them. I still want them all to succeed. A character master class, for sure.

The Giveaway
(U.S. only)

a Rafflecopter giveaway
Posted by Emma at 7:00 AM
Email ThisBlogThis!Share to TwitterShare to FacebookShare to Pinterest
Labels: author interview