Random Friday: Saving It for a Rainy Day 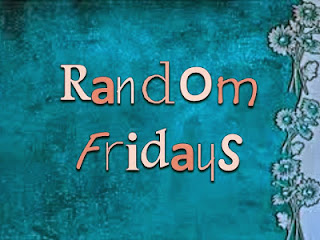 Do you have anything you're "saving for a rainy day"? I definitely do.

I have literary-inspired webseries that I keep saying I'll watch, but I don't. I have an inkling it's because I want to binge as much of them in one sitting as I can.

There are TV series and movies in my Netflix queue that I keep saying I'll get to, but I never start them. On a related note, I really wanted to watch Heroes because it had Milo Ventimiglia and superheroes, but Netflix removed the show before I could. (Can Netflix stop removing TV shows and movies, please???)

There are books I want to reread that I don't. I could divide those into two categories: I don't want to reread them because I'd want to read them again as soon as I finished them and that's frowned upon, and the books I don't own copies of that I keep saying I should reread so I can see if I want to own them.

I also have recipes that I think I'm saving for a rainy day. On breaks, I have plenty of time to bake stuff but I usually don't...or I make old favorites instead. I currently have 90 pins on my food board (as of writing this post in mid-February); that's 90 recipes I have yet to try. So what's stopping me?

Am I really saving these things for rainy days? Or am I just putting off watching/reading/baking something that I don't really want to watch/read/bake?