I've been working on one specific project since last September, and my goal was to have it done by March. But of course all my schoolwork and my job and other things got in the way. So it's still unfinished.

I'm writing a YA superhero story influenced heavily by my orientation group at my university. Pretty much all of the characters are based on real people and the setting is based on my campus (with many modifications). 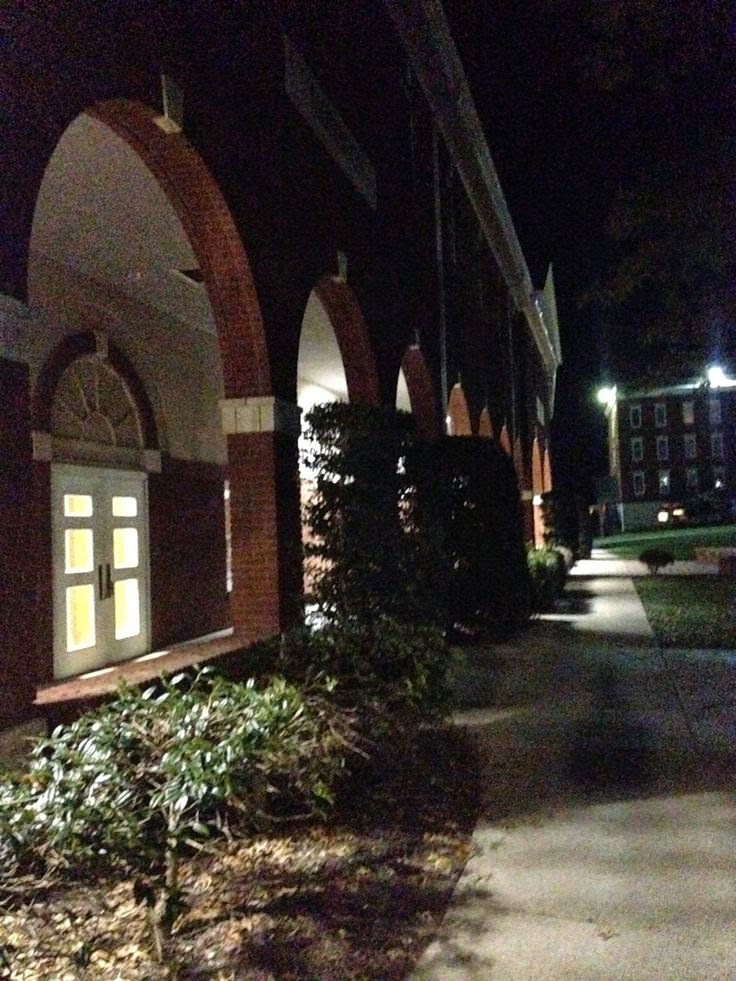 One of the pictures that I took that gave me inspiration early on for the book.

It's tricky, writing a book with real people playing such a big role in it. I have to decide if the characters would do something authentic to their real life counterpart or if they'd do something more authentic to the story. Many of their actions reflect their personalities, but many are also part of the book character instead. For example, many characters may be traitors when they are nothing like that in real life. Some may see things in shades of gray instead of how they see things as more black and white in real life. Some may be shyer or braver.

Our campus is fairly small (as is the student population). I add a few buildings and expand the size for the sake of the story. In one of the final scenes, I need there to be a bigger distance between many of the buildings and the green, and the chapel and the old student center. The book is very centered around the campus, though, with just a few journeys into Lexington.

I'll be honest - I'm already planning book two even though book one has a long way to go. I had several ideas that definitely wouldn't fit into the story of book one but I knew they'd be great in the sequel. It doesn't hurt that I definitely want this to be a series.

I've mainly written this book by hand and then typed up the scenes. Some scenes have had large chunks written completely on my laptop. But I kind of like being able to write this book by hand because it means I can take my notebook wherever and be able to get at least a few hundred words in at random times.

So enough about my writing. I want to hear your thoughts. There were several different related topics under today on the Random Friday page, so I'm excited to see what people talk about.

Posted by Emma at 12:30 AM
Email ThisBlogThis!Share to TwitterShare to FacebookShare to Pinterest