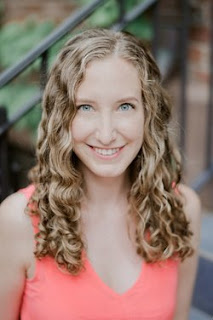 Laura Stampler is a Californian turned New Yorker. After graduating from Stanford University, she became a journalist, interning—and then worked on staff—at various newspapers and magazines. Laura has written about everything from dating to social media stars to social justice issues at Time magazine, Business Insider, Huffington Post, The Nation, The New Republic, and The Jewish Journal of Greater Los Angeles. When she isn’t writing, she’s probably looking at pug gifs on the Internet.

The Book and Review 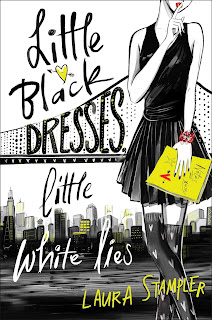 Also! You can pre-order a personalized, signed copy of LITTLE BLACK DRESSES, LITTLE WHITE LIES at Oblong Books through July 9th. Details can be found HERE!

Review: Laura Stampler's YA debut read very much like a teen movie - and I definitely mean one of the good ones! Sure, there were some cliche moments, but this is a book I'm sure teenagers will love. There are two viable love interests, but one is a clear winner from the start, so there isn't a burdensome love triangle. Plus, he's the one everyone is gonna root for. I was worried about cheating at times - just because that's a plotline I generally dislike - but it didn't end up being a problem.
The main drama in the book stems from Harper's lie (see the summary above), as well as friendship growth and troubles. I thought both worked well - Harper wants to succeed, and she constantly feels guilty about using her best friend's story to get the internship. It's acknowledged several times that Harper is a good writer; she just doesn't have a lot of experience to write from. She isn't a perfect character by any means, but she means well and tries to be a good person and that's what matters in the long run. I was kind of disappointed that Gigi was still a bit of a snob because I enjoyed watching her bond with Harper. I was glad she wasn't stereotypical like I first thought she was going to be, though.
I really enjoyed seeing the dynamics change at the magazine and between the interns. Journalism can be quite competitive, especially in this age of social media. I could relate to the idea of trying to get the most attention for their articles - I write for my university's chapter of The Odyssey Online and this is something I struggle with every week.
Other little notes: I loved the positive Taylor Swift references. Often, YA authors use her as a negative metaphor or mention her derogatorily, but that wasn't the case here. There were a good two dozen s-words and f-words, which is more than I normally like in my books, but at least they weren't used every other sentence.

The Verdict: Overall, this was such a fun book that I'm pretty sure I want to add to my bookshelves soon.

Must be 13 or older to enter. Giveaway is US only. Giveaway ends July 26th at 11:59 PM Pacific. Book will be ordered from Amazon. Prizing courtesy of Rockstar Book Tours.

Some of the Other Tour Stops