Squad Up: the Literary Heroine Edition

I've talked about squads before, a term for friend groups, popularized by Taylor Swift and Co. I know a lot of bloggers have talked about which authors and bloggers they'd want in their squads, but I'm here today to share which YA female protagonists I'd want in my squad. (And maybe I'll do a sequel at some point of the YA guys who would be in the squad.) Basically, these girls are smart, creative, and/or would go to great lengths to protect those they care about.

We'll start this off with Marguerite Caine from A Thousand Pieces of You by Claudia Gray. She's passionate about art and she would literally cross parallel dimensions to save her loved ones.

I also want to include Caddie from Rachel M. Wilson's Don't Touch (and not just because the book is one of my favorites of all-time). There's always room for broken and mending girls in the squad. 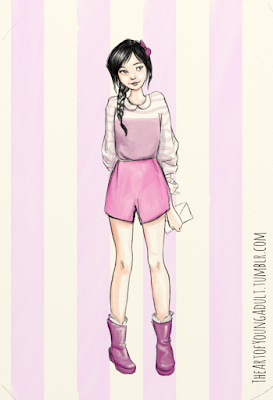 My squad would never be complete if I didn't include Lara Jean Covey from To All the Boys I've Loved Before by Jenny Han. She's just so lovable and optimistic. Plus, I'd need someone to bake with.

Obviously Emily Hughes from Since You've Been Gone would be part of my squad. I've often said she and I are kindred spirits, so I think she and I would probably be the Taylor and Karlie of the group.

Cath Avery from Rainbow Rowell's Fangirl would be another kindred spirit. We're both introverted and love to write. Plus she'd be someone to fangirl with (although I'm sure Lara Jean would always be down for some fangirling, too).

My squad definitely needs Kestrel from The Winner's Curse by Marie Rutkoski. She's clever and creative, and I'd hope to absorb some of her smarts just by hanging out with her.

I also would totally want Dee and Reagan from Open Road Summer in the squad. They're the perfect balance of sweet and snarky. Dee is one of my favorite YA BFFs, and Reagan really grows on you as the book goes along.

Speaking of friend groups... I can't forget Gigi, Bea, and Neerja from Sarah Strohmeyer's Smart Girls Get What They Want. They stick together, support each other, and are awesome on their own, too. Plus, I'm sure they'd always be down to help with tough homework assignments.

Another smart girl I'd want to include would be Aysel from My Heart and Other Black Holes. I admire her quiet spirit, and she needs a solid group of friends to turn to. 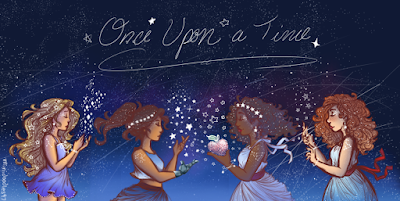 I really love The Lunar Chronicles, y'all. They're full of diverse ladies, and I'd happily include Cinder, Scarlet, Cress, and Winter in the squad. Cress is definitely a kindred spirit, and I feel like Scarlet and Reagan would either get along super well or tear each other apart. And, gah, I would just love to spend time with Winter and Cinder.

So which heroines would you include in your bookish squad?
Posted by Emma at 12:00 AM
Email ThisBlogThis!Share to TwitterShare to FacebookShare to Pinterest