Dear Taylor: Thanks for the Memories

It's been almost a week since I had the best night of my semester. I saw Taylor Swift in concert for the second time, and it was an experience I'll never forget. I went with three of my best friends at Asbury. We got to the arena at about 4:45, and it was already jam-packed with people. The doors opened at six and we immediately made a beeline for the Taylor Nation line, which we were in for close to an hour. They had four outfits: Taylor's "Ew!" sketch one, her dress from the 2014 Billboard Music Awards, and the two below 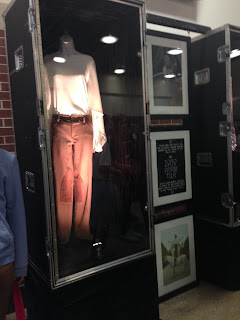 (from the "Blank Space" music video) 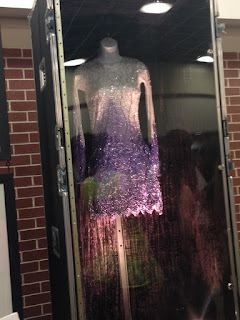 (from the "Shake It Off" music video)

Then while Elise and Chris went to find our seats, Julia went with me to pick up my merchandise. I got a T-shirt and the tour book.
Our seats were seriously high up. I'm sure they were as high as they were at the Red Tour, but they felt higher because Rupp is smaller than Soldier Field. We still had a pretty good view, since we faced the stage straight-on.
At 7:30 Vance Joy came on and performed for half an hour. He played us a new song, covered "Stay With Me," and closed with "Riptide." 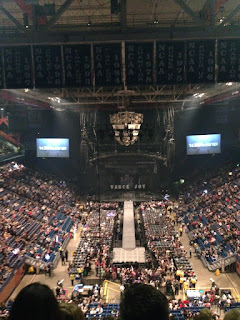 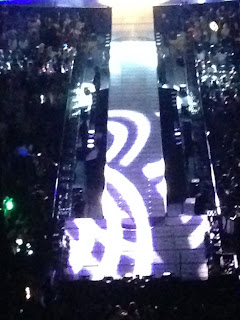 (lights on the catwalk during Vance's performance)

Then we waited half an hour while they set up for Taylor. It wasn't boring, though. They played music and videos and Taylor trivia. When "Feel So Close" started, I knew Taylor was about to come on, but I could tell most of the people (those who aren't active in the fanbase on Tumblr and Twitter) had no clue.
I can't even quite put into words how amazing that night was. It went by so fast, and it was sparkling and beautiful and exhilarating. I've got some more photos that I'm putting below, and I'll include a couple videos too. :) 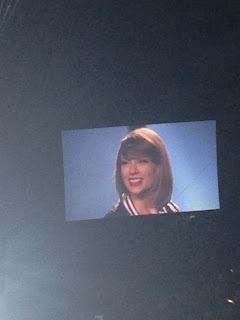 (after "Welcome to New York") 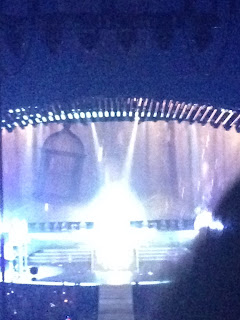 (backdrop during "I Know Places") 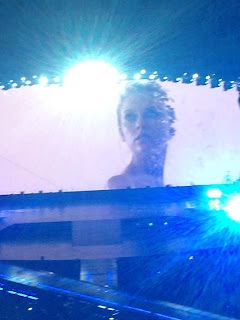 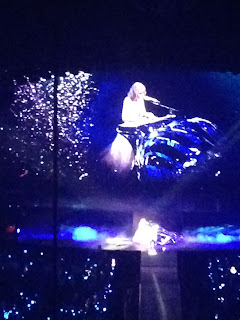 (Taylor and her funky piano during "Enchanted/Wildest Dreams")

My favorite performances of the night were "New Romantics," "I Know Places," "Clean," "Enchanted/Wildest Dreams," and "Out Of the Woods."
If you want to see more videos, check my Tumblr. I uploaded pretty much all of them there under the tag "1989 tour lexington".
Posted by Emma at 12:00 AM
Email ThisBlogThis!Share to TwitterShare to FacebookShare to Pinterest