Interview with Sara Raasch, Author of Ice Like Fire

I am so honored to have Sara Raasch back for another interview on the blog. Last time she was here, Snow Like Ashes wasn't even released yet. Now it's been out in the world for almost a year, and its sequel, Ice Like Fire, will release in just 6 days! 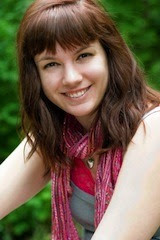 Sara Raasch has known she was destined for bookish things since the age of five, when her friends had a lemonade stand and she tagged along to sell her hand-drawn picture books too. Not much has changed since then — her friends still cock concerned eyebrows when she attempts to draw things and her enthusiasm for the written word still drives her to extreme measures. Her debut YA fantasy, SNOW LIKE ASHES, came out October 14, 2014 from Balzer + Bray, and the sequel, ICE LIKE FIRE, comes out October 13, 2015. Neither features her hand-drawn pictures.

The Book
(Warning: spoilers ahead if you haven't read Snow Like Ashes!)

It’s been three months since the Winterians were freed and Spring’s king, Angra, disappeared—thanks largely to the help of Cordell.
Meira just wants her people to be safe. When Cordellan debt forces the Winterians to dig their mines for payment, they unearth something powerful and possibly dangerous: Primoria’s lost chasm of magic. Theron sees this find as an opportunity—with this much magic, the world can finally stand against threats like Angra. But Meira fears the danger the chasm poses—the last time the world had access to so much magic, it spawned the Decay. So when the king of Cordell orders the two on a mission across the kingdoms of Primoria to discover the chasm’s secrets, Meira plans to use the trip to garner support to keep the chasm shut and Winter safe—even if it means clashing with Theron. But can she do so without endangering the people she loves?
Mather just wants to be free. The horrors inflicted on the Winterians hang fresh and raw in Januari—leaving Winter vulnerable to Cordell’s growing oppression. When Meira leaves to search for allies, he decides to take Winter’s security into his own hands. Can he rebuild his broken kingdom and protect them from new threats?
As the web of power and deception weaves tighter, Theron fights for magic, Mather fights for freedom—and Meira starts to wonder if she should be fighting not just for Winter, but for the world.

Emma: How did the writing and editing of Ice Like Fire differ from when all of that happened for Snow Like Ashes?
Sara: I (mostly) jokingly say that second books suffer from some kind of middle child syndrome. They have to be the bridge between books, so complete yet not, which makes the whole process more delicate, in a way. But I'm very happy with how it turned out!

Emma: You've been a published author for almost a year now! What has that been like?
Sara: Crazy! A constant surprise - but interacting with readers remains my favorite aspect!

Emma: When I interviewed you last year, you mentioned a pirate fantasy. Is that still something you're working on?
Sara: I have a few projects in the works! Hopefully I'll be able to talk about them soon ;)

Emma: What drew you to write fantasy? Is it a genre you think you'll stick with?
Sara: I write fantasy mostly because I love the escapism it provides. This world is way too depressing for my tastes, so I love getting to explore and create other worlds! I definitely think I'll stick with it -- I love it too much!

Emma: What books would you recommend to fans of Snow Like Ashes?
Sara: Evelyn Skye's The Crown's Game comes out next year and is fantastic!

Emma: Let's talk writing habits:
Do you have general writing playlists, specific playlists for separate projects, or do you avoid music entirely when you write?
Sara: I have music I listen to when I want to get in the mood for writing, but I can't listen to anything while I write (occasionally instrumental stuff, but normally silence).

Do you have certain writing snacks?
Not usually - I write between breakfast and lunch so I don't typically eat anything!

And do you have any place specific where you write?
I have an office in my house now, and I love it!

Emma: As discussed in the last interview, you started Snow Like Ashes when you were very young. What advice would you give to your preteen self if you could go back in time and talk to her? And what advice would you give to current preteen and teen writers?
Sara: The same piece of advice for both, one I give all the time: Keep Moving Forward (from Meet the Robinsons).

Emma: If Snow Like Ashes could be adapted in any format, what would you want to see? (e.g. movie, TV show, video game, etc.)
Sara: Probably a TV show! Though I'd take anything, hehe.

Sara: Thanks for having me!
Emma: Thank you so much for letting me interview you again!

If you haven't already preordered Ice Like Fire, you need to ASAP. And if you haven't read Snow Like Ashes yet, well...what are you waiting for? You can find both books and Sara at the links below.
Sara's website: http://sararaasch.tumblr.com/
Sara's Twitter: https://twitter.com/seesarawrite
Sara's Pinterest: https://www.pinterest.com/seesarawrite/
Sara's YouTube: https://www.youtube.com/channel/UCp391nOGrHLSQotkwvNA5RA
Snow Like Ashes trilogy on Goodreads: https://www.goodreads.com/series/99987-snow-like-ashes
Snow Like Ashes at Read Between the Lynes: http://www.readbetweenthelynes.com/book/9780062286932
SLA at Barnes & Noble: http://www.barnesandnoble.com/w/snow-like-ashes-sara-raasch/1118145950?ean=9780062286925
Ice Like Fire at Read Between the Lynes: http://www.readbetweenthelynes.com/book/9780062286956
ILF at Barnes & Noble: http://www.barnesandnoble.com/w/ice-like-fire-sara-raasch/1121093640?ean=9780062286956
Posted by Emma at 12:00 AM
Email ThisBlogThis!Share to TwitterShare to FacebookShare to Pinterest
Labels: author interview